When our friend and colleague Leslie Pariseau from ‘PUNCH’ Drinks sent out an email to wine retailers and restaurant/bar managers asking about the state of the art in wine appreciation today, we thought it was worthy of a detailed response. In brief, she asked four pertinent questions:

• Which producers do you feel represent the best of wine culture right now?

• What can each of these producers teach us about zeitgeist values right now (and by right now, we mean right now)?

• What do you feel they say about the evolution of your own tastes?

• What do you think goes into the attraction toward these producers, both among wine people and consumers in your market (e.g. label design, story, labor practices, agriculture, etc.)?

These are the very questions we ponder with every bottle we shelve and every package we assemble for our weekly wine offerings. They represent our ongoing fascination with winemaking trends vs. winemaking traditions, and they spearhead our search for labels (many obscure) that represent a growing movement in every wine region we cover—a move toward minimal interventionalism.

In all things wine, ‘balance’ is the key to the kingdom; it is a term interchangeable with harmony and may reference acid, alcohol level, grape sugars and tannin, but also, a scale in which the long-term health of the product is considered along with the flavors inherent on release. More than just a radar blip or a grab for social capital, a naturalistic focus in winemaking is not only more honest approach to the art of fermentation, but it is better for a sustainable environment: It’s a nod to the past and a gesture toward the future.

These are four of our wines whose owners and winemakers check all the boxes. Each of these selections expresses the evolution of style through innovation while honoring heritage through tradition. Not only that, but each puts an emphasis on Ms. Pariseau sense of immediacy: They are wines that will not require years to mature but are quite ready to drink… right now.

Like an iron-red ruby amid the seafoam of limestone, the soils of Fosse-Sèche are rather unique to the Loire—a fact that has been recognized since the 13th century, when Benedictine monks first planted vines there. Move the clocks ahead to 1998, when the Keller-Pire family took over the estate, enraptured by the beauty of the surroundings and its exceptional terroir, composed of iron oxide and flint silex just beneath the topsoil. Twin brothers Guillaume and Adrien Pire, who grew up in Madagascar, brought with them not only degrees in agronomy and viticulture, but a deep respect for the wild land of their youth. Along with their wives Julie and Cécile, they have instilled Fosse-Sèche’s 800-year history with an abiding belief in a holistic remake of all phases of winemaking. 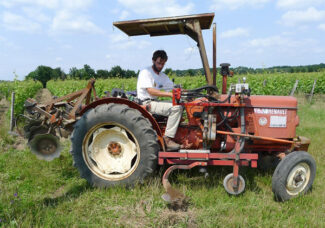 If a single word was to describe the most profound change that has taken modern European winemaking by storm, it is biodynamics—techniques that their forebears may have practiced by necessity without naming it, but which today is a nod to the cosmic continuum of which agriculture is only a part. Two-thirds of the Fosse-Sèche property is a natural reserve, with a bird sanctuary, acres of honey flowers, goats, bees and thriving wetlands; the hundred acres of vine are in a single parcel and are planted to Cabernet Franc (70%) and Chenin Blanc (30%). 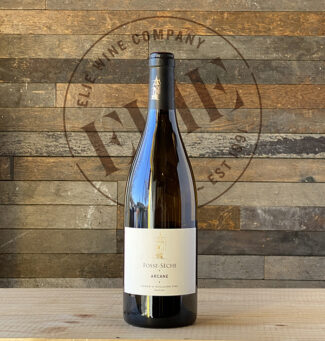 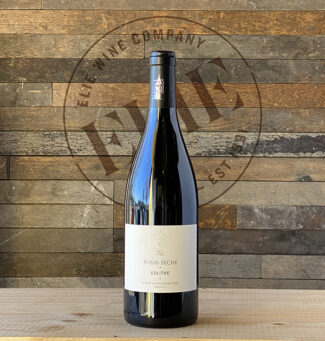 Château de Fosse-Sèche ‘Eolithe’, VdF* Loire Rouge 2018 (Natural) ($34)
‘Eolithe’ is the geological name for the iron-sprinkled flint that forms the winery’s unique soil structure. Relatively low in alcohol for a fully ripened Cabernet Franc (12.5%), the wine is rich with purple flowers (violets) and purple fruits, plums and blackberries; a piercing spine of acidity keeps the flavors lively and promises potential for tomorrow and tomorrow and tomorrow—if you don’t drink it tonight.

*VdF: Established a decade ago, Vin de France is a special designation meant to allow vintners to blend wines from different regions and new combinations of grape varieties, and represented a fundamental shift for a country tied to geographic classification for its wines. It has been a resounding success, with more than 340 million bottles sold annually under the VdF label, much of it increasingly high-quality and medal-worthy.

If the prevailing spirit among modern winemakers acknowledges a spiritual connection between humans and earth, it is no wonder that Henry Marionnet is known as ‘The Pope of Gamay.’ The vines of Domaine de la Charmoise—150 acres mostly dedicated to Sauvignon Blanc and Gamay—grow at the highest point between the Loire and Cher rivers, where a combination of aspect and geology provides plenty of sunshine and shelter against spring frost. In that environment, which his family has owned since 1850, Henry Marionnet says: “Give me the most beautiful grapes in the world and I will make you the greatest wine in the world.”

As would suit a purist’s purist, his mentor was the earth itself: “I never attended viticultural school; my winemaking education involved working with the horses ploughing and clearing, and with a pickaxe, working the ground between the vines by hand. When I took over Domaine de la Charmoise in 1967, I began to change things. Some of the vines I inherited were of questionable merit, hybrids or similar sub-standard stock, so I set about replanting and expanding the vineyards.”

Having recently succeeded his father in managing the estate, Henry’s son Jean-Sébastien has brought his own perspective to Domaine de la Charmoise, expanding the range to include Côt (Malbec) and Chenin Blanc as well as some Loire’s rarest varietals. To be sure, Henry’s presence is still widely felt—as an advisor and a lodestar. 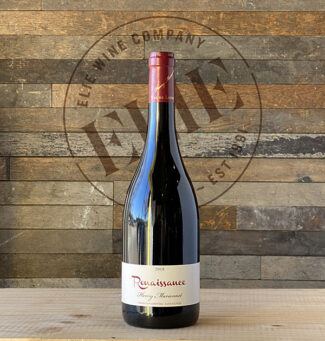 The swagger touted by ‘Renaissance’ centers on a plot of ungrafted Gamay planted in 1992; Marionnet claims that it is the only such vineyard in Europe. The soil is stony, flinty clay combined with silica which warm up quickly and is known locally as ‘perruches’—a word that translates directly as ‘parakeets.’ Carbonic maceration may occasionally turn Gamay into bubblegum, but here, from the Loire’s legendary 2018 vintage (vinified on natural yeast and bottled without sulfites) it is bright and beautiful, suave and supple, exhibiting a refined nose and a juicy palate with notes of violet, peony and fresh red-fruit syrup. 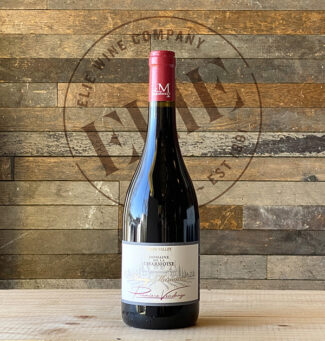 Domaine de la Charmoise ‘Première Vendange’, Touraine 2019 (Natural) ($23)
The Gamay that produces ‘Première Vendange’ is (as both Marionnet and the barons of Beaujolais would like to make clear) traditional Gamay Noir à Jus Blanc as opposed to the red-fleshed varieties often used to add color to other wines. The vines that make up the cuvée were planted in 1967 and 1978 on a combination of flinty stones in a mix of sand, gravel and clay. The fruit is picked by hand and whole-bunch fermented in stainless steel vats via carbonic maceration, a process continued by indigenous yeasts. The result is velvet smooth with lithe, ripe fruit beneath a floral canopy that shows hibiscus and violet and a touch of anise.

The French have long celebrated micro-terroirs, recognizing in their system of ‘lieu-dit’ and ‘climat’ that certain parcels of land produce wines identifiably unique from those nearby, even if they share an appellation. Vines are influenced by soil, aspect, rainfall, air drainage, and even the subtlest differences can make a tangible difference in the resulting wine. 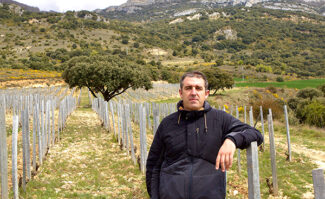 Brothers Arturo and Kike de Miguel have re-imagined the concept in Rioja Alavesa. Artuke (a portmanteau of their two names) consists of 32 different vineyard plots on 54 acres that fall within a geographic triangle formed by the villages of Baños de Ebros, Abalos and San Vicente—all north of the Ebro River and each with unique terroir. Traditionally, Spain’s Gran Reservas have been sourced from a multitude of vineyards, and the art was seen in the expertise of the blend and the changes wrought by long aging prior to release. The brothers have chosen to reject the constraints of Rioja’s classification system (which is based primarily on time and type of aging) to focus instead on vinifying small cuvées of indigenous varieties, and aging them for a shorter time in neutral barrels in order to capture the purest, most vivid expressions possible. 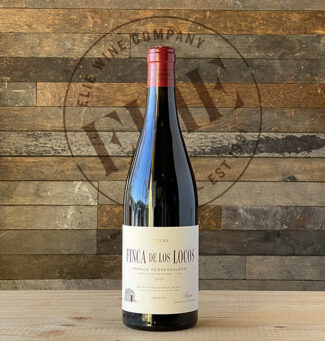 Artuke ‘Finca de Los Locos’, Rioja 2018 ($35)
Finca de Los Locos is a terraced site that overlooks the Ebro River and Paso Las Mañas. At more than 2000 feet elevation, the wind-swept, pebble-strewn slope is the highest in Samaniego. 80% Tempranillo and 20% Graciano from vines planted in 1981; the name comes from the assignation neighbors gave Arturo and Kike’s grandfather when he first planted vines in the shallow chalky soil: ‘Loco’—crazy. Loco boy makes good with this sapid, solidly Mediterranean-flavors of fresh herb, dry earth, dusty tannins and crisp, almost salty minerality. 10,800 bottles made. 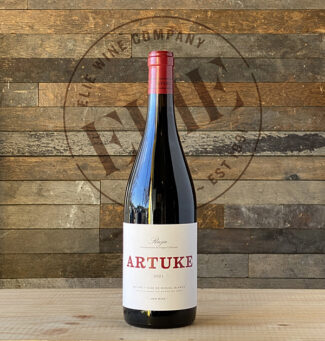 Artuke ‘Artuke’, Rioja 2021 ($17)
Far from the grapey Kool-Ade that often sums up Beaujolais Nouveau, this carbonic offering is 95% Tempranillo and 5% Viura (a white grape a.k.a. Macabeo; one of the Cava trinity). It is beautiful, fragrant and luscious with a nose of violets and thyme, a rich mid-palate of black cherry and cranberry underscored by orange peel and Damson plum.

She is alluding to the sudden illness and prolonged recovery that refocused her cosmic viewpoint and convinced her that her personal renewal could be mirrored in the ways she tended a vineyard. “We made this decision when my illness pushed us to look for everything related to living and life in seeking to recover health.”

In 2005, with her partner Luis Ruiz, she pioneered biodynamic agriculture and winemaking throughout a 20-acre vineyard in Santa Olalla near Toledo. The dry continental climate of central Spain was ideal for the cultivation of Graciano, of which she planted twelve acres compared to five of Tempranillo. That alone makes her iconic; Graciano is rare enough in Spain, let alone among the cereal fields and Cornicabra olive groves of Castilla-La Mancha. 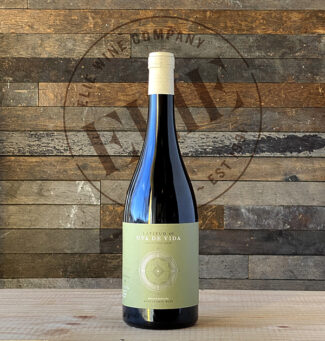 Uva de Vida ‘Latitud 40’, La Tierra de Castilla 2018 (Natural) ($24)
Uva de Vida winery sits at the wine-friendly 40˚ northern latitude, which circumvents the globe to include northern California, Sardinia and about half of the wine producing areas in China. Here, forty miles south of Madrid, it suits Graciano—the sole varietal used here. Although the ‘Vino de la Tierra de Castilla’ designation carries with it slightly less stringent regulations that of the prestigious DO of Castilla-La Mancha, like the ‘Super Tuscans’, gems may be found among the iconoclasts. Ideally served slightly chilled, ‘Latitud 40’ displays freshness on the nose with hints of lilac, menthol and pie cherries. On the palate, wild blueberries take center stage and the menthol shows a mint-leaf edge. The finish is long and juicy with a slight hint of chocolate. 20,000 bottles made. 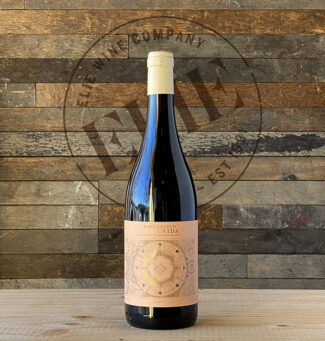 Uva de Vida ‘Biográfico’, La Tierra de Castilla 2020 (Natural) ($20)
The 2018 version of this vibrant wine contains a 50/50 blend of Tempranillo and Graciano grown in clay-limestone soils at an altitude of about 1600 feet. Hand-harvested and fermented on ambient yeasts, the wine is clarified naturally and bottled unfiltered without Sulphur. The dark color belies a lyrical, almost floral quality to the wine; lilac and violet notes appear on the nose, with bright, spicy red fruit supplied by the Graciano tempered with the earthy tannins of Tempranillo. 8,800 bottles produced.