G.K. Chesterton considered gratitude to be the highest form of thought; John F. Kennedy once wrote, “As we express our gratitude, we must never forget that the highest appreciation is not to utter words, but to live by them.”

In private or in public, Americans set aside a single day of the year to express such sentiments, highlighted by a meal that may be emblematic of our national diversity with its multitude of textures, flavors and aromas. The quest for perfect wine pairings adds an unnecessary level of stress to a day of giving thanks, so again—as in years past—Beaujolais comes to the rescue. A wine that is both elegant and refreshing, energetic and multifaceted, Beaujolais can flow easily throughout the meal and stand up to the unctuous richness of roast bird and the acidity in Aunt Grace’s salad. And, as always, at a price that belies its quality. Beaujolais remains a wine that is simultaneously uncomplicated and consequential and which echoes G.K Chesterton’s conviction that gratitude is “happiness doubled by wonder.”

Even the word ‘Beaujolais’ sounds lighthearted as it rolls from the tongue. French for ‘beautiful hill’, the Beaujolais AOP drapes across the undulating, vine-covered hillsides south of Burgundy where a plethora of wineries (mostly family-owned) have built a legacy around a single theme: The Gamay grape. In the northern part of the appellation—where the soils are granitic—earthy, terroir-focused wines of great complexity are made, and among the best of these vineyards, ten individual Crus are rated as exceptional. Further south, where the topography is flatter and the soils are heavier with limestone clay, winemakers take a more generic approach to the craft, resulting in softer, fruit-driven and user-friendly red wines that represent excellent values.

This special package contains one of each of the following 10 wines for $335.

Pierre-Marie Chermette has been at the helm of this family-owned estate since 1982. With his wife Martine and son Jean-Étienne, his Beaujolais wines (with acres in Fleurie, Brouilly & Moulin-a-Vent) are crafted using standard techniques, but without chaptalization, keeping yields low and allowing extended hang times for his grapes. His wines are said to be so natural that they resemble what one have been served in a Lyon café in the 1940’s.

Beaujolais Rosé 2020, Pierre-Marie Chermette – Vissoux ‘Griottes’ ($18): Les Griottes means ‘small cherries’—a reference to the cherry orchard that lies adjacent to this single-acre parcel; the wine is drawn from 20 to 40-year-old vines grown on dark, granite soils around the Chermette homestead in Saint-Vérand. Pierre-Marie has never made his rosé by the saignée method—bleeding juice from a tank of red Beaujolais to make it more concentrated—but has always vinified rosé as a separate wine. It is light and sappy, dry and energetic, with notes of ripe tangerine and strawberry and hints of candied rose and succulent herbs. 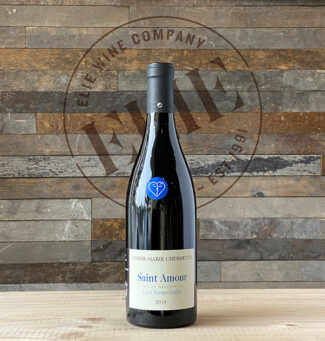 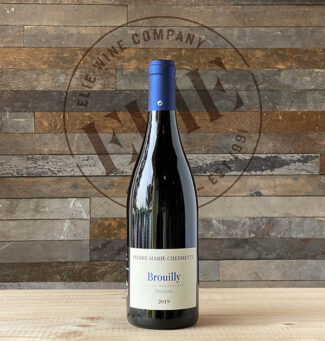 Brouilly lieu-dit ‘Pierreux’2019, Pierre-Marie Chermette – Vissoux ($27): Brouilly is the southernmost of the Beaujolais Crus, and the climat ‘Pierreux’ (from ‘pierres’, or ‘stones’) lives up to its name. Situated at the foot of Mount Brouilly, the soils consist of granite scree eroded from the hillside, creating an environment ideal for long-lived Beaujolais with a pronounced minerality.

Justin Dutraive established his label in 2015, but—although he is now only 23—he brought to it many years of experience working with his legendary father Jean-Louis Dutraive at Domaine de la Grand’Cour in Fleurie and a solid oenological education. He spent time at Jean Foillard and Julie Blagny in Beaujolais, in Oregon and at Sinapius and Gentle Folk in Australia. He thinks big, but for now, operates small; his entire domain is under five acres—one within the Beaujolais Villages appellation below the town of Fleurie, and another parcel within La Chapelle des Bois. He produces no more than a few thousand bottles of each cuvée, allowing him total control over the farming and vinification, or as much control as he chooses when winemaking is done naturally, using the lightest touch possible. “While the foundation of Beaujolais is set,” Justin maintains, “the future is paved by the principles of organic and biodynamic viticulture along with the most natural approach possible in the cellar.”

Fleurie lieu-dit ‘La Madone’ 2018, Justin Dutraive ‘raw’ ($52): La Madone is one of the emblematic terroirs of Fleurie, and fittingly, Dutraive’s tiny, quarter-acre parcel is owned by his mother, who lives near the top of the famous hillside. Soils are rich in granite and vines were planted in 1951; after a cold maceration and fermentation without pump-overs, the wine spends six months in stainless steel and is bottled without filtering. The wine displays expansive, mineral-accented blue fruit along with hints of white pepper and candied licorice.

The estate (originally called Comte Liger-Belair) was created in 1720 in Nuits-Saint-Georges, and soon became one of the most important wine growing and trading houses in Burgundy. After many years and successive generations had met with varying degrees of success, Thibault Liger-Belair took over in 2001, and found the 20-acre estate in need of some attention. His immediate switch to organic farming was a matter of necessity as much as responsible stewardship: “The vineyards were in a bad condition, with compacted soils. I couldn’t do anything else other than organics,” he says, and in 2004, discovered biodynamics. “I saw a change in my vineyard, which went from grey soils to brown/red and then sometimes to black.” Still, his overarching philosophy is that each vineyard needs something different: “I don’t like 100% of anything: new barrels, whole clusters. My job is to decide which grapes we have and then decide a viticulture and winemaking approach.” In 2018, he made wine from 23 different appellations and purchased grapes from a ten more, but did the work there. “We don’t purchase grapes where we don’t do the work,” he says. 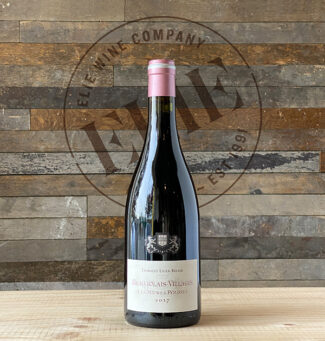 Beaujolais-Villages 2017, Thibault Liger-Belair ‘Les Jeunes Pousses’ ($28): ‘Jeunes Pousses’ means ‘young plants’, and although the ten-acre vineyard contains vines planted between 1920 and 1982, the Villages bottling focuses on fruit from the younger vines. Soils are granitic and sandy and produce wines with grip and length; this one shows blackberry and blueberry scents over a rich palate with spice and vanilla. 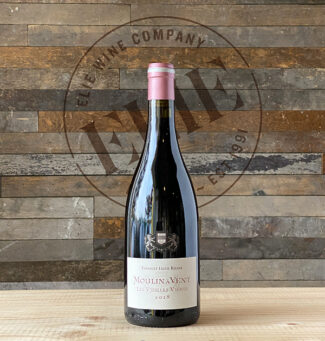 Moulin-à-Vent 2018, Domaine Thibault Liger-Belair ‘Les Vieilles Vignes’ ($45): A cuvée blending 9 parcels of old vines between 65 and 105 years old; Liger-Belair himself considers this the representative wine of the estate, since the vineyards contained within come from 15 acres representing half of the total estate. The parcels are located in a belt around the Moulin à Vent hill, and the wine displays kirsch and orange blossom over a structured backbone of fruit and tannin.

In 2014, the Rochegrès vineyard in Moulin-à-Vent was purchased by Maison Albert Bichot. At around twelve acres, the majority of the vines are 80 to 100 years old, and like the other estates owned by this historic Maison, Rochegrès has been allowed to keep its independence. Alain Margerand, Rochegrès head winemaker since 1987, continues to create the domain’s unique wines, which are beginning to be seen as a benchmark in the Moulin-à-Vent appellation. 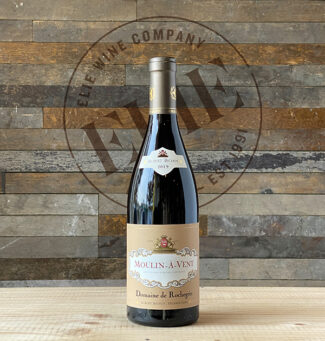 Moulin-à-Vent 2019, Domaine de Rochegrès ($26): From five acres of very old (80 – 100 years) vines at the core of Rochegrès’ single vineyard. ‘Roche’ suggests rock, and indeed, the granite that forms the base of the terroir is visible at the surface. Such soils force roots to dig deeply to find nutrients, and add an undeniable complexity that vines grown in shallow fertile soils cannot approach. The wine is a blend of several lieux-dits, including La Rochelle and au Mont, and displays opulent notes of rose, peony and violet on the nose, with dark cherry and strawberry leading to an extended finish.

In Beaujolais, Daniel Bouland is known as a bit of a recluse who produces some of the most remarkable old-school Morgons that the AOP can offer. Drawn from around twenty acres of old vines in the lieux-dits of Douby, Côte de Py, and Delys plus small parcels in Chiroubles and Côte de Brouilly, his wines are drinkable upon release (although Daniel himself recommends five years in bottle for the terroir to show the wine’s true sense of clarity and mineral nuance) but are fleshy enough to age for a decade beyond that. All his grapes are hand-harvested and vinified with full clusters in order to extract the full gamut of organoleptic qualities, and bottled unfiltered. 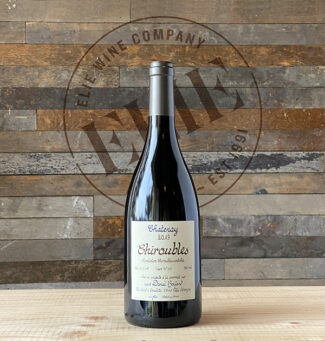 Chiroubles lieu-dit ‘Chatenay’ 2019, Daniel Bouland ‘Cuve No 11’ ($36):Of the ten Crus in Beaujolais, Chiroubles contains vineyards at the highest overall altitudes; as a result, the wines are intensely perfumed and delicate. Bouland’s acre-and-a-half plot of Chatenayconsists of 30-year-old vines grown in friable yellow sandstone and offers bright red fruit and wildflower on the nose, a fleshy mid-palate and mature, powdery tannins. 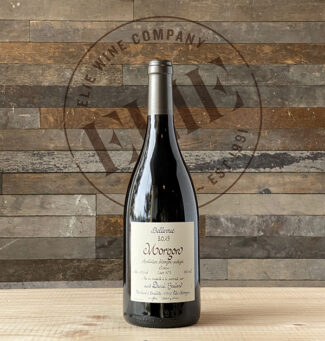 Morgon lieu-dit ‘Bellevue’ 2019, Daniel Bouland ‘Cailloux Cuve No 3’ ($37):Bellevue is a lieu-dit located above the heralded Corcelette, and the ‘Cailloux’ bottling comes from 80-year-old vines planted on a specific rootstock (420A) designed for stony terroirs with very little topsoil. The ‘cuve’ in Bouland’s labels indicate an individual ‘cuve’ (not to be confused with cuvée), a concrete aging tank. The wine is supple and velvety, showing beautiful structure and aromas of ripe plums, cocoa, wild berries and spice.

Notes on Vintages in Beaujolais

Vintage 2017: Unnerving But Successful
Justin Dutraive summarizes the 2017 vintage in Beaujolais as ‘hot, dry, and ripe’: “Fruit was juicy, which led to very fresh, very clean juice.” Late April frosts which ran havoc through other French vineyards largely spared Beaujolais, but the appellation was not as fortunate in July, when catastrophic hail storms slashed many growers’ production volumes for the second year in a row, both in the Beaujolais Villages zone and those of the Crus. Some growers in both Morgon and Moulin-à-Vent lost 80% of their crop, but the fruit that remained was concentrated and cellar-worthy.

Vintage 2018: Rich With Breath of Freshness
A wet and mild winter gave way to a heat wave in early spring, although a cold spell followed, slowing down flowering until late May. The summer was in hot, dry and sunny (August 2018 was the hottest in Beaujolais since 1959), and harvest began in late August, though in many of the best cru sites growers had to wait until full phenolic ripeness came in September. The harvest was, even by Beaujolais standards, abundant.

Vintage 2019: ‘Solar’ Vintages Continue
Budburst came early, and frosts in early April decimated potential yields, further exasperated by August hail, with the southern half of the appellation being the most affected. The crus were largely spared, but saw rain instead which helped the crop mature after a fiercely hot summer. At the final tally, the harvest was half the size of the generous 2018 crop, and a quarter down from a five-year average.

Vintage 2020: A Vintage With Great Drinkability
Although some of the fanfare associated with the early release of Beaujolais Nouveau was compromised by Covid, the harvest was not. Overall, the season was ideal, with a mild spring and a hot summer without major storms or hail. The vintage shows rich, ripe flavors, although the excessive heat caused sugar spikes in the fruit that led to higher alcohol than usual.