The spotlight of Thanksgiving is an expression of gratitude—for the bounty and for the providers. This extends to every phase of the celebration, family to feast, and in the rush of preparation, wines either get pushed to a back-burner or, on occasion, overthought.

Recognizing this, we’ve put together an affordable, all-things-considered beverage package to see you safely through the conundrum, with a special emphasis on matching the food and the mood.

Arriving guests may feel festive and frazzled, and your ‘bienvenue’ should be low-octane and refreshing, since it is meant to be an overture that sets the tone for the rest of the experience. These selections shatter the ice with crisp acidity and forward fruit and are able to act as a foil to any number of unctuous, strongly-flavored hors d’oeuvres.

1 – Hard Cidre
(Cornouaille), Manoir du Kinkiz ‘Cuvée Blanche’ ($17):  Cider is an ideal opening salvo, and French have long treated fermented apple juice with the near- reverence of wine, passing laws that restrict apple varieties and delineate appellations. Blanche is made from a single variety called Guillevic and is known for its faint golden, almost white juice. Fruity, dry and often aged in oak foudres, the beverage is best served chilled. 4.5% alc. 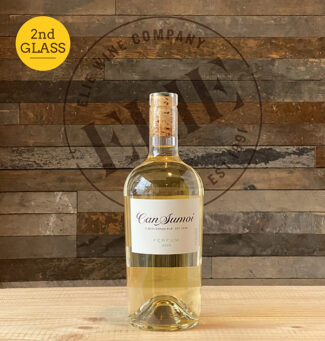 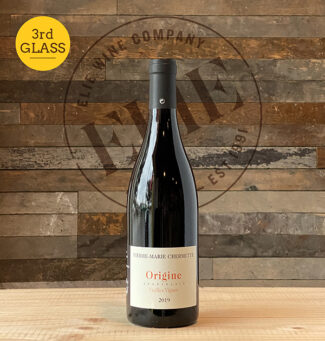 3 – RED
Beaujolais 2019, Pierre-Marie Chermette – Vissoux ‘Origine Vieilles Vignes’ ($19): Traditionally, Beaujolais is Thanksgiving’s most reliable stand-by; it’s fun and versatile and represents some of the best value wines from an underappreciated region of France. The carefree sensations that accompany a draught of Beaujolais underscore the simple joy of wine often overlooked by pedantics. Place two hours in the refrigerator before serving. 12.5% alc.

1 – Manoir du Kinkiz (Brittany, France)
Early in life, Hervé Seznec knew that he wanted to recreate the heralded artisan ciders of his Brittany ancestors, and at the age of 19, he planted 74 acres of orchard with nearly 25 varieties of apples. He uses no pesticides (ladybugs provide insect control) and ages his bitter-sweet product in oak foudres, allowing for natural carbonation to develop with the juice.

2 – Can Sumoi (Catalunya, Spain)
At two thousand feet above sea level (in the Serra de l’Home range) Can Sumoi is the highest estate in the Penedès and represents a collaboration between two childhood pals, Pepe Raventós and Francesc Escala. The 350-year-old farmhouse that is the focal point of the estate sits above 75 acres planted to Montonega, Xarel-lo and Sumoll vines.

3 –  Pierre-Marie Chermette Vissoux (Beaujolais)
Pierre-Marie Chermette was raised in a vineyard, and he pursued winemaking as his life’s work, earning National Diploma of Oenologist from Dijon at the age of 20. Two years later, he developed estate-bottled wines, and over the years, he diversified the number of appellations the family worked, and is now responsible for nearly 75 acres. 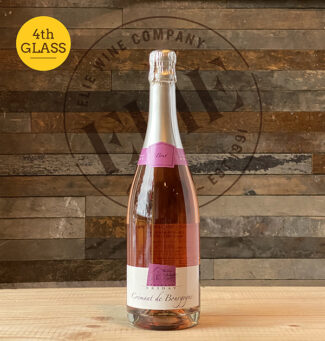 When we raise our glasses at a Thanksgiving gathering, we’re often called upon to toast the earthly things for which we are most appreciative. Sparkling wine must surely wind up on everyone’s list; it has been said, “You can have too much, but you can never have enough.” The only drawback to Champagne has traditionally been price, but a marvelous, affordable alternative is ‘Crémant’—sparkling wine made outside the Champagne region, generally with as much care and often at a similar quality level.

4 – Domaine Michel Briday (Burundy)
Founded in 1976 by Michel and Lucette Briday, the original 15 acres (today managed by Michel’s son and daughter-in-law, Stéphane and Sandrine) has expanded to 38 acres spread across the municipalities of Rully, Bouzeron, and Mercurey. They have forged a reputation for producing Côte Chalonnaise wines that respect the vineyards and showcase their unique terroirs.

Roast turkey is synonymous with Thanksgiving of course, although it is by no means a mandate. Not only that, but the accompaniments—traditional or novel—represent a wide variety of textures, flavors and attitudes, from crunchy to sweet and unctuous to salty. It’s often wise to curate a selection of wines rather than look for a perfect pairing to a single wine, or even a single style. These four selections offer a range of options, a weight for every side course and a flavor for every palate. 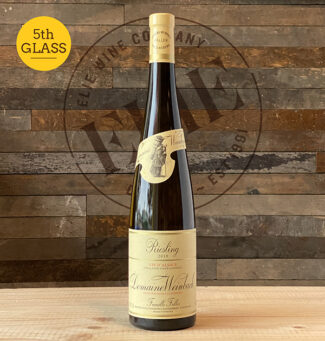 5 – WHITE
Alsace Riesling 2019, Domaine Weinbach ($35): Riesling is the darling of Alsace, and it vinifies it dry and razor sharp. Like the Germans, they baby this varietal through cool weather, and like the French, they put full emphasis on the representation of terroir. That makes them nuanced while remaining perfectly food friendly with a cornucopia of trimmings, a pronounced minerality shoring up the wine’s pear, apple, lemon and spice notes. 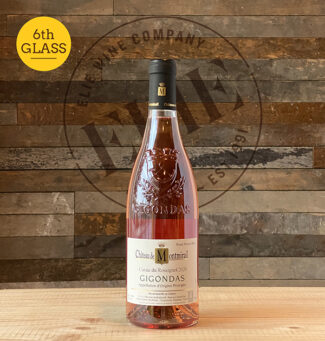 6 – ROSÉ
Gigondas 2020, Château de Montmirail ‘Cuvée du Rossignol’ ($25): Gigondas, where some of Rhône’s most prestigious red wines are produced, is also capable of producing luminous and ultra-refreshing pink wines from the same grapes. If Goldilocks were old enough to drink, she’d call Rhône rosé ‘just right’, neither too big nor too small, with the right amount of sweetness foiled by tart acidity. Serve cold. 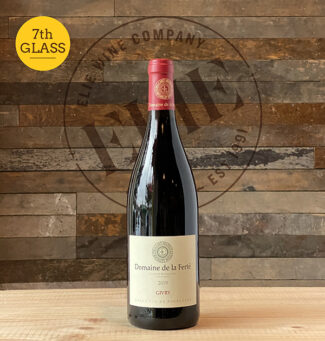 7 – RED
Givry 2019, Domaine de la Ferté ($37): In tackling Thanksgiving wines, food and wine writers alike have long heralded Pinot Noir for its inherent earthiness and notes of vanilla and nutmeg, making it a natural pairing for cranberries, dark meat turkey and root vegetables. Nowhere better to find the ideal Pinot Noir than in the heart of Givry—where the red wines are tannic enough to offset foods higher in fat, but fruity enough to compliment sweeter accompanying dishes. Serve mildly cold. Place 90 minutes in the refrigerator before serving.

8 – RED
Navarra 2017, Domaines Lupier ‘El Terroir’ ($33): The wild and tasty flavors inherent in Garnacha act as savory validation to common Thanksgiving herbs like sage, rosemary, and thyme, and as a result, it works with the entire meal. Navarra, a region in Northern Spain perhaps better known more for Tempranillo and Cab/Merlot blends, is beginning to develop an international reputation for energetic, charming red Garnachas. Place one hour in the refrigerator before serving.

5 – Domaine Weinbach (Alsace)
What is now Domaine Weinbach was first established as a 12-acre Capuchin monastery in 1612, remaining so until the French Revolution, when it went into state ownership. The current owner is Catherine Faller, whose grandfather and great uncle bought the estate in 1898; her father Théo developed it to its current size of nearly a hundred acres. Situated at the foot of the majestic Schlossberg hill, Weinbach is particularly well-known for its richly concentrated and fragrant Rieslings.

6 – Château de Montmirail (Southern Rhône)
Established in 1960 by Maurice Archimbaud, Château de Montmirail is now managed by his daughter, Monique Archimbaud Bouteiller and her children. The vineyard straddles two communes, Vacqueyras and Gigondas, and is the result of Maurice Archimbaud merging two properties: An inherited family farm in Vacqueyras and a slightly larger one in Gigondas he created by clearing steep slopes on Dentelles de Montmirail. Today, the combined 60 acres sprawl across clay/limestone terrain, ideal for producing wines with structure, savory overtones and deeply intense color.

7 – Domaine de la Ferté (Burgundy)
The abbey of Ferté, the first of its kind to be built in Citeaux, was established in 1113, and the resident monks quickly developed and maintained vineyards in Givry, making it the epicenter of wine production in the Côte Chalonnaise. Givry was the preferred source for King Henri IV’s wines in the 16th Century, and still represents some of best values in the Côte. Today, Domaine de la Ferté is one of five estates owned by the Devillard family; Ferté covers a relatively small area of six acres spread over three plots, two in the village appellation of Clos Mortière and one in Servoisine Premier Cru. It thrives under the direction of enologist and ‘chef de culture’ Enrico Peyron.

8 – Domaines Lupier (Navarra, Spain)
Enrique Basarte and Elisa Ucar may be a force of nature, but they never force nature. The duo’s fascination with old vine Garnacha led them to purchase more than two dozen parcels of vines near the high-altitude village of San Martín de Unx, which they have farmed biodynamically from the outset. Extremely low yields from vines more than a century old are tenderly aged for fourteen months in oak, resulting in sumptuous Garnacha unlike any found elsewhere in the world. 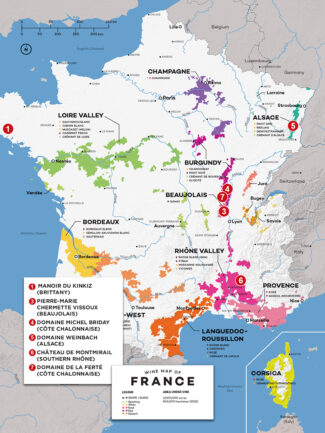