These past eighteen months have been tough across the board, for us as individuals, as shop keepers, and as a community. I’d like to take a moment to personally thank each of our valued patrons for sticking with us and helping us steer through these troubled waters. During the shut-down, we were able to keep in touch with you via our weekly newsletter, and the show of support we received in response was overwhelming. The popularity of our ‘curated’ package selections continues unabated despite the safety restrictions we employed during the height of the pandemic. 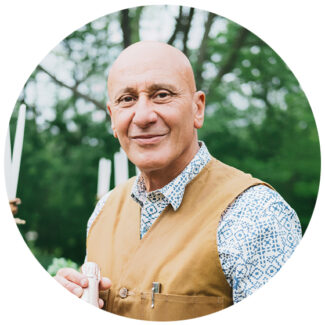 As show of gratitude to those who have taken advantage of the many Bordeaux Grand Vin and Second-Label packages we offered over the past year, we invite you to an in-store experience, free of charge, for you to discover (and re-discover) one of our favorite Bordeaux producers, Château Cos d’Estournel (Second Growth, Saint-Estèphe) and an opportunity to purchase the wines at deeply discounted prices for the evening only.

Under the guidance and direction of Cos d’Estournel Business Development Director, Edward Cannan, we will feature a walk-around tasting wines from the Château’s most spectacular recent vintages, 2012, 2017 and 2018, and including a sampling of the estate’s second wine, Les Pagodes de Cos 2010, 2014 and 2018. Les Pagodes is named for the two architecturally-acclaimed pagodas of the main château; as a wine, it is known to echo some of the power of the Grand Vin along with all of the iconic balance, but has the advantage of evolving more quickly and being ready to drink earlier. We will also taste the rare and limited white Cos d’Estournel 2017. These vintages reflect the subtle moods of the wine from harvest to harvest, but always within the unique and consistent framework of Cos d’Estournel terroir. 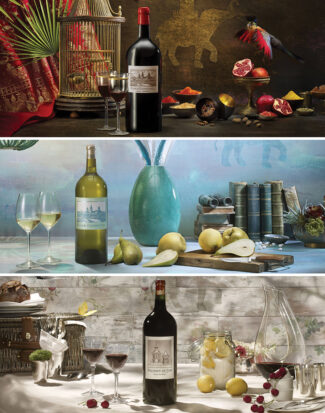 Cos d’Estournel is found amid undulating terrain at the very heart of Médoc, and the name itself was chosen by the original owner, Louis-Gaspard d’Estournel, to commemorate the rolling landscape on which the estate stands; ‘cos’ is an old dialectical word for hill. Known for its ornate, pagoda-topped castle, Cos d’Estournel was purchased in 2000 by entrepreneur Michel Reybier, a man determined to keep the extraordinary personality of the estate intact. “It will be Cos and only Cos,” he insisted at the time and maintains to this day: “At first glance, I was attracted by the history of the place. And then when I visited the estate, I felt instantly how unique, how exceptional it is.”

With roots sunk deeply in tradition, d’Estournel is nonetheless quite happy to employ state-of-the-art technique, and despite the labor-intensity of the entire process, much of it is hands off: Upon arrival, the temperature of the grapes is lowered to around 40 degrees Fahrenheit to slow oxidation, and then is cold-macerated with pump-overs done entirely by gravity recycling. Gravity cellars allow for complete nonintervention in making the wine, and the use of this method allows for the purest possible expression of the fruit grown in the gravelly, rock, and stone soils of Cos d’Estournel.

We are also offering a unique opportunity for an on-site ‘close encounter of the vinous kind’ at ground zero, Château Cos d’Estournel in Saint-Estèphe, Bordeaux.

A Four-Magnum Box Set, a Private Tour and Luncheon for Four at Château Cos d’Estournel ($4,900)

About the one of a kind offer Cos d’Estournel says: “Like a cabinet of curiosities reminiscent of a journey to faraway lands, the Exotic Travel box set offers a singular occasion to comprehend the style of the wines of Cos d’Estournel through four emblematic vintages. Available in a limited series of 100, this box set with an original format includes the 2000, 2010, 2015 and 2016 vintages, each reveals a facet of the terroir of Cos d’Estournel. The wines are bottled in magnums, an ideal format for tasting, and echo the quest of excellence perpetuated since 2000 with Michel Reybier’s arrival.

“To complete the experience, the acquisition of the Exotic Travel box set includes a private tour of Cos d’Estournel, followed by lunch for four at La Maison d’Estournel, a hotel in the former home of founder Louis-Gaspard d’Estournel that is dedicated to the joys of rejuvenating in the heart of nature.” (At a date of your choice.)

Amid the natural splendor of the vineyards and the man-made glory of the palace, La Maison d’Estournel is a welcoming retreat that echoes the elegance and refinement of both the château and the Grand Vin. The original home of Louis-Gaspard D’Estournel, with décor created by English designer Alex Michaelis, place is as far from a commercial French hotel as the chai is from a typical château. Guests enjoy a relaxing experience throughout their lunch, sipping wine before the fireplace, visiting the d’Estournel cellars, strolling the surrounding parkland and discovering seasonal specialties prepared by the chef; if desired, you may even take part in preparing the meal.

A stone’s throw from what may be the world’s most famous wine estate, Château Lafite-Rothschild, the first glimpse of the great chai of Château Cos d’Estournel is a stunner. An architectural fusion of Chinese Gothic and country estate, the château is the legacy of the founder and is the most unusual structure in the Médoc and perhaps in all of France.