Carl Sandburg might have described Malbec as big-shouldered, stormy, husky and brawling. He might have called it coarse and strong and cunning. One thing is clear: Whether in its juicy, gentle incarnation in the Southwest of France or in its more tannic, voluminous and generous New World guise, Malbec is built to last.

At one time, Malbec was planted so widely across France that it has a thousand different regional names. In recent years, the somewhat austere quality of the wine and its sensitivity of the vines to frost and mildew have greatly reduced its overall acreage, although 11% of the world’s Malbec may still be found in Cahors. In Argentina, where it was first planted in 1868, it has become not only the country’s signature variety but the most widely grown red grape, with more than 77,000 acres planted to Malbec. In the foothills of the Andes—especially in the high-altitude regions of Luján de Cuyo and the Uco Valley—Malbec achieves an elevated status of its own. The drier atmosphere of the mountains all but eliminates the mildew scourge to which it is susceptible near sea level, and the limestone rich soils (notably in Gualtallary, Altamira and La Consulta) have helped built an international reputation for age-worthy gems that are also approachable in their youth. 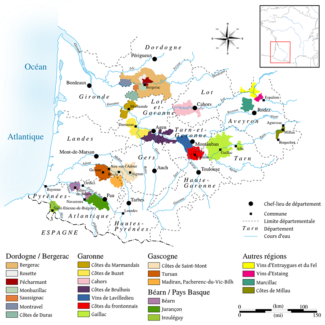 Despite the fashionable acclaim that South American Malbec has earned, the medieval city of Cahors in Southwest France will always be its spiritual home. First planted by the Romans and known locally as Côt or Auxerrois, the Malbec grape must make up a

minimum of 70% of any wine bearing the Appellation ‘Cahors’ on the label, with permissible blending grapes restricted to Tannat and Merlot—Cahors is unique in Southwest France in that it prohibits the use of Cabernet Sauvignon and Cabernet Franc. Since Malbec does not fully ripen until October, Cahors tends to be a September-driven wine and conditions the month before largely determine the success of the harvest. In lesser years, tannins compete with an acidic assault and dominate the palate. But in fine vintages like 2015 and 2018, the wine is a nice balance of rich wood and herbal fruit with dark chocolate and licorice flavors sidling in behind softer tannins. This holds especially true for the new generation of Cahors producers, who have reclaimed Malbec as their prize and applied rigorous natural farm practices and techniques to produce wines far more voluptuous and velvety in their youth than was exhibited by the best of their forebears.

The twelve-bottle pack offer, at $286 and all included, contains three bottles of each of the first four featured wines. Separately, we are offering a special cuvée “Géron Dadine de Haute-Serre” from Georges Vigouroux’s Château de Haute-Serre, at a deeply discounted price.

When he bought Château de Mercuès in 1983, Georges Vigouroux’s main focus was restructuring the vineyards on the gravely hillocks above the communes of Caillac and Mercuès; the fact that he also restored the 13th-century castle on the estate was icing on the cake. The turreted château is now hotel, where guests are encouraged to take part in the harvest and vinification process.  Among the changes Vigouroux brought to the replanted vineyards was an increased vine density, a technique used by the great châteaux of the Médoc. It reduces yields and increases concentration in the wines. Like the hotel, “Grand Vin Seigneur” is luxurious and supple behind a solid exterior. It shows cassis and black cherry beneath a granitic nose, with wood smoke and black pepper at the finish. 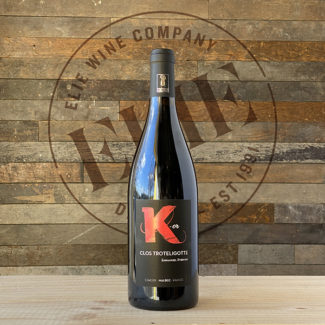 Emmanuel Rybinsky is one of the emblematic young stars of the ‘new’ Cahors; with 29 acres planted above the fog-line—and thus, safe from mildew—he is creating terroir-driven wines from small parcels within a unique plateau of iron-rich limestone in the village of Villesèque. Planted in 1987 by Emmanuel’s father, K-or is one such plot, a mere 2.5 acre. The wine is 100% Malbec; Emmanuel gushes over the ‘bloody’ aromas, which no doubt refers to the pronounced iron minerality in the nose. This is the most aggressively aromatic wine in his collection with a smoky, roasted edge to the black currant and plum; the mouth is both savory and spicy and fronts a marvelous tannic backbone.

Pascal and Jean-Marc Verhaeghe are brothers and collaborators. Having inherited the 67-acre Château du Cèdre from their father Charles, Pascal assumed vinification and marketing duties while Jean-Marc manages the vineyard. The estate contains two distinct soil types; limestone-rich scree and ancient, heavier alluvial deposits containing clay, pebbles (galets roulés) and sand. Like the brothers, these two terroirs function both separately and in communion, producing wines with elegance and style while maintaining the rustic earthiness of Malbec. “Cèdre Héritage” is a wine best described as energetic, saturated with lively aromatics of spice and herbs leading to an impeccable balance of tannin, acidity and forward, plush fruit. 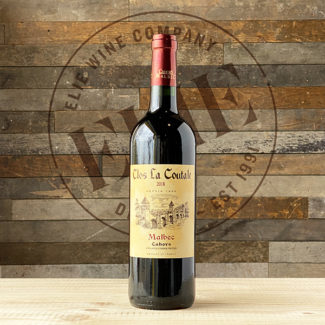 The tradition of winemaking in Cahors is much older than that of Bordeaux, with vines planted by the Romans fifty years before the birth of Christ. The Bernède family has played a significant role in this heritage, today managing a property founded before the French Revolution. To this history, however, Philippe Bernède brings innovation, and his current blend of Clos la Coutale contains as much as 20% Merlot, giving his wines its signature softness while maintaining a great potential for aging. The 148 acres he tends are blessed with an ideal, southwest-facing microclimate while the vines are rooted in soils rich in siliceous, clay and limestone. The 2018 shows plum, cherry and blackberry pie nestled in chewy tannins with a long, luxurious finish. Speaking of innovation, you’re welcome to open this bottle with the spring-loaded, double-hinged corkscrew patented by Bernède in one of his many guises, one as an inventor.

Although not part of the twelve-bottle special, Château de Haute-Serre is available separately, and a Cahors label well-worthy of mention. This Georges Vigouroux selection comes from one of the highest vineyards in Cahors, and likewise, the prestigious Géron Dadine cuvée sits near the summit of Cahors quality. The terroir beneath Château de Haute-Serre is driven by mineral-packed red clay, resulting in a wine that is intensely perfumed with currant, spring flowers, tobacco and truffle. The fruit is abundant and the tannins are ripe, giving this wine the muscle to age as well as the finesse to enjoy tonight.