Situated in the heart of the village of Châteauneuf-du-Pape, the vineyard Clos Saint Patrice has an unhindered view of the famous Château of the popes which has dominated the village and its vineyards for almost 800 years. But the great view is not the only thing that makes the vineyard special. As far back as 1838, 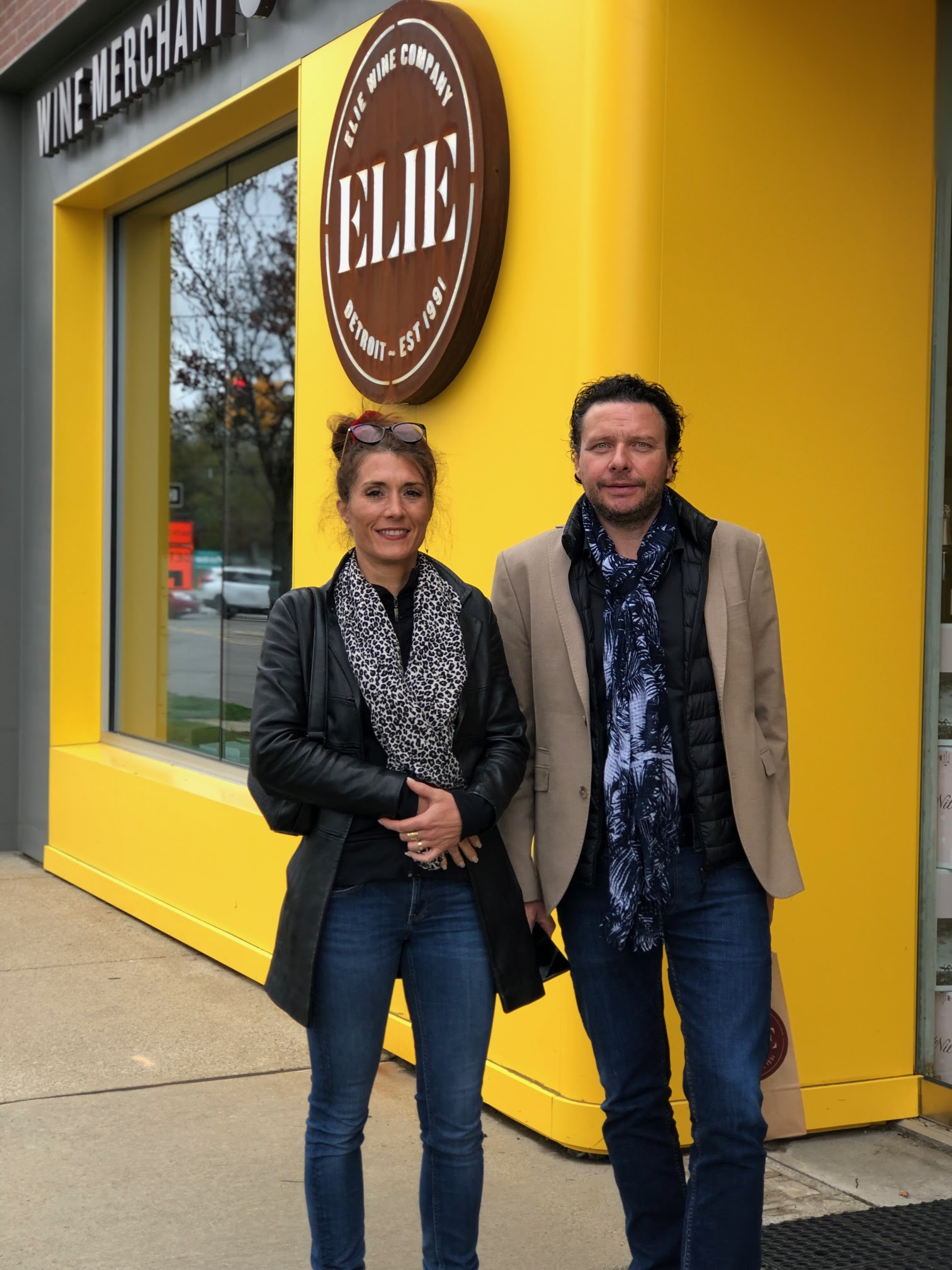 Clos Saint Patrice was identified as one of the best Châteauneuf-du-Pape vineyards in the directory L’annuaire de Vaucluse.

Modest winemakers Guy Jullian and his son Jérôme purchased the Clos in 2009 and thus became the first owners of a monopole in Châteauneuf-du-Pape. In 2014, Samuel Montgermont, winemaker and General Manager at Les Grandes Serres, joined the team. The 2015 vintage was the first produced and it immediately became one of the finest wines of Châteauneuf-du-Pape.

A little over four acres in size, the Clos is located on the appellation’s Villafranchian terrace and enjoys a southerly exposure. The parcel is planted with very old Grenache and Mourvèdre propagated from ancient vines. The soil is made up of rounded silica pebbles above clay and sand colluvial deposits.

It is this marriage of great old vines and unique terroir that gives the wine of Clos Saint Patrice the balance and elegance to stand out as one of Châteauneuf-du-Pape’s best. Indeed, one of the most respected French wine publications, Le Guide des Vins Bettane & Desseauve may have said it best: “This minuscule parcel which very nearly disappeared has risen from its ashes thanks to the efforts of a dynamic team which, from the very first vintage, managed to equal the most elegant wines of the appellation…This is a highly recommendable estate which is unfortunately likely to produce small volumes in comparison to the demand.”

But of course the wine doesn’t make itself. The team tends the vines by hand and according to the principles of organic agriculture. No chemical products are ever applied. In order to obtain an optimum balance they will allow the fruit to hang until phenologically mature. Harvest begins at the end of September for the Grenache and finishes mid-October with the Mourvèdre. In the cellar, maceration and fermentation are done exclusively in concrete tanks. Aging takes place over 14 months in concrete vats and a further 12 months in the bottle.

While benefiting from a generally consistent climate, recent vintages in Châteauneuf-du-Pape have been quite different. 2015 was generous in all regards: color, structure, ripeness, and even quantity. In 2017, frost, then rain, and then heat, made for a harvest that was early and small, resulting in marked concentration. But it is 2016 that is being heralded as one of the finest vintages in the past few decades, with some winemakers even comparing it to the epic 1990 vintage. Warm conditions throughout 2016, along with reduced yields, has resulted in wines of superb concentration.

Special prices based on purchase of 6-pack (mix-and-match).

Samuel Montgermont likes to inform people that the Clos Saint Patrice vineyard is the exact same size as Romanée-Conti. The comparison to great red Burgundy doesn’t end there. A blend of Grenache and Mourvèdre, Clos Saint Patrice has all the finesse and balance you expect from a world-class wine. Notes of dried flowers and fennel-heavy herbes de Provence rise above a rich cherry fruit essence. A sip fills the mouth with luscious, sappy red fruits to move on to a silky mid-palate and everlasting mineral finish. With tension and elegance to spare, Clos Saint Patrice will likely reward a drinker over the next couple of decades, or longer.

The unique character of Domaine Saint Patrice’s “Vieilles Vignes” Châteauneuf-du-Pape comes from the diversity of its terroirs. The wine is a blend of Grenache, Mourvèdre, and Syrah from multiple plots: La Bertaude, Bois-Lauzon, Cabrières d’Orange, Cabrières de Châteauneuf-du Pape, Bois-Dauphin, Le Pied Long, Les Bousquets, Les Terres Blanches, Les Marines, and Les Galimardes. In the cellar, maceration and fermentation are done in concrete tanks. Aging takes place over 14 months in concrete vats, large oak foudre, half-muids, and barrique with a further 12 months after bottling. On the nose are luscious red and black fruits with a hint of kirsch beneath warm terracotta and mint. A sip is simultaneously ripe and pulsing with wiry energy. Drink now or over the course of the next decade, especially with lamb and rosemary.

A wine to stock up on, Domaine Saint Patrice “Vieilles Vignes” Côtes-du-Rhône is boisterously fruity in aromatics and flavor with some clean earth and a hint of herbs. A sip is downright poundable, juicy, with a finish that extends far beyond its reasonable price. It has all the elements one looks for in the type. The attractive price is just the cherry on top. It is a blend of Grenache, Mourvèdre, and Syrah from three plots: Les Champauvins, Le Coudoulet, and Boisfeuillet. In the cellar, maceration and fermentation are done in concrete tanks. Aging takes place over 14 months in concrete vats and large oak foudre with a further 12 months after bottling.