Vines have been in Marie-Élodie Zighera Confuron’s maternal family for four generations but she is the first of the family to produce and bottle the wines under her own name. Living in Paris as a teenager, she would travel to the family vineyards in Fleurie on holidays. Wandering the rows on those trips made her feel closer to nature and by the time she was fifteen years old she knew that she wanted to make wine. 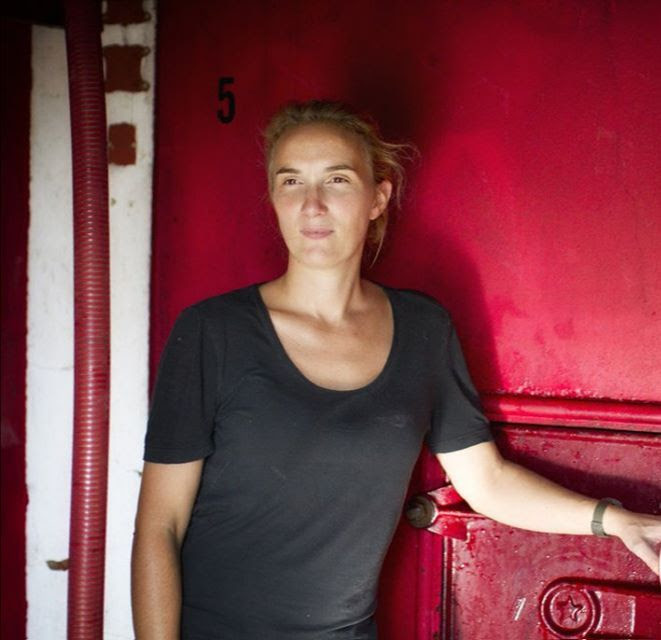 When her grandmother passed away the family moved to Lyon and she began the process of studying viticulture. The plan was that she would make the wine using fruit from the family’s domaine and her father would sell it. Unfortunately, her father died young and she would have to go it alone.

Marie’s work placements took her through Beaujolais, southern Rhône, and finally to Château de la Tour in Clos Vougeot where, in 2004, she tasted a Morgon wine from the 1911 vintage. It was such a magnificent bottle that it inspired her to produce her own wines in a similar, ambitious style — structured and cellar-worthy. A couple of years later Clos de Mez (a shortened version of her name) was formed.

The other relationship that informs her on the world of high-quality Burgundy is literally right at home. She is married to Jean-Pierre Confuron, the owner of the heralded Vosne-Romanée estate of Confuron-Cotetidot.

Today Clos de Mez is a certified organic estate of a little over 12 acres in size. Marie’s wine is made with indigenous yeasts, no temperature control, no insulation, and long fermentations with the stems — just like it would have been back in 1911. Maturation takes place in both old barrels and concrete.

The soil in Morgon is rich in iron oxide with traces of manganese and volcanic rock, helping to create full-bodied, powerful, toothsome wines. “Château Gaillard” is the name of the lieu-dit where the 80 year-old vines grow to produce this cuvée. Aromas of ripe cherry, apricot, plum, and spice lead into a palate that is robust and fleshy.

Fleurie are renowned for their light and delicate aromas and hence the region is sometimes referred to as the ‘Queen of Beaujolais.’ “La Dot” is so named because it was a dowry gift for Marie’s grandmother’s wedding. It is a five acre plot of pinkish granite soils near the famous lieu-dit of Grille Midi in the south of Fleurie. The average age of the vines is close to 50 years old. Aromas of iris, violet, rose, and red fruit eventually give way to notes of spice. It is a wine of body, elegance, and finesse.