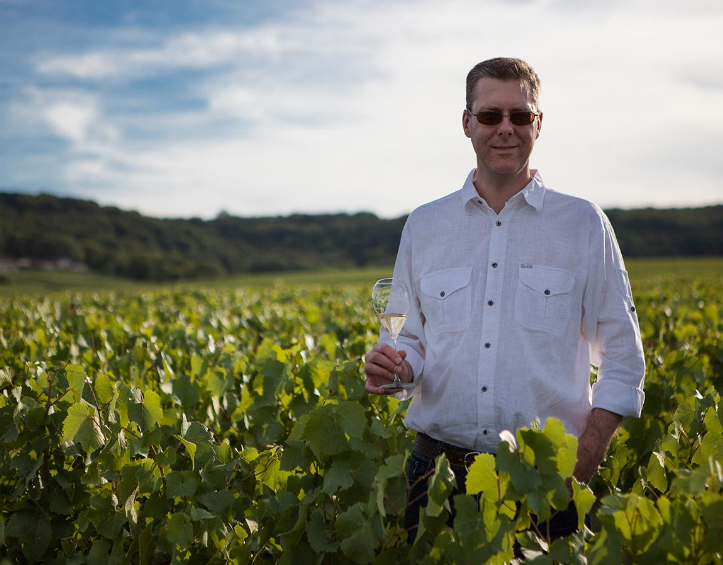 zero dosage Champagnes, as well as wines from his family’s own 14 acres of vineyards. We even had Alexandre help host a strolling dinner and Champagne tasting at a historic Eastern Market fire station loft this past November.

This month’s Champagne Society selection revisits the exceptional cuvée “TerroirEscence” produced from 70% Pinot Noir and 30% Chardonny from a special selection Alexandre’s own Grand Cru parcels in Verzy and Verzenay.

What makes this different from the previously featured bottle is that the base wine is from the more recent 2011 vintage, blended with oak barrel-matured reserve wines.

It was bottled on April 20, 2012 and after over six years of aging on lees in the bottle, the wine was disgorged on December 19, 2018. The dosage is 5.6 grams per liter. Less than 8,000 bottles are produced and each bottle is individually numbered. The wine represents the essence of Penet’s terroir while perfectly expressing the producer’s style of richness, complexity, and minerality.

From an early age, Alexandre assisted his grandfather Emile and then his father Christian in the art of making champagne. Yet as a young man, Alexandre decided to make his own way in the world, first as an engineer, and then eventually earning an MBA from the University of Chicago Business School. But the siren song of Champagne called him back to the family estate where he, along with his wife Martine, have created a range of distinctive, top quality Champagnes produced to exacting standards. Wines that combine character, freshness and low dosage. Indeed, Alexandre is a believer in both limiting dosage and not allowing malolactic fermentation so as the expression of terroir can be fully realized.