The roots of Domaine Saint Préfert can be traced back almost a century. Founded in the 1920s, it quickly earned renown for superior quality, and even became one of the first wines exported from southern Rhône into the United States.

The modern era for Saint Préfert began in 2003 with the first release by Isabel Ferrando. Born and raised in Provence, Isabel led a comfortable life as a senior manager for a large bank before she realized that the vineyards in the south were calling her home and she returned to school to study viticulture. 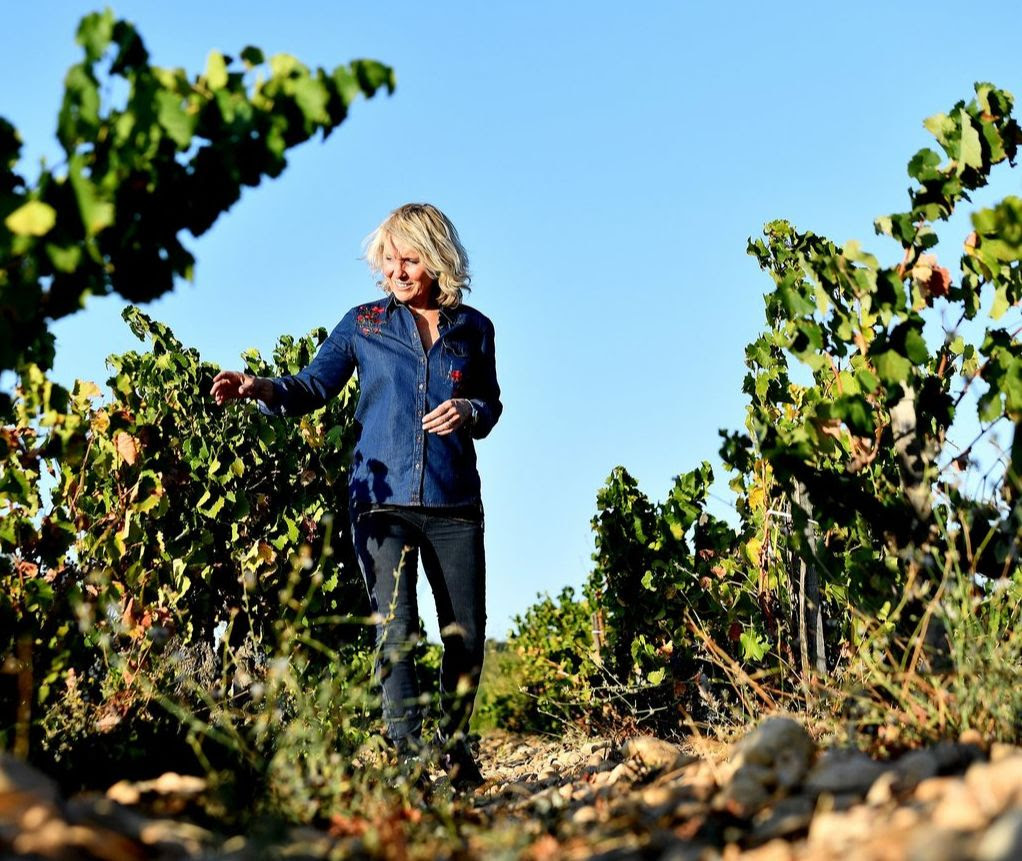 She purchased the estate in 2002, at the time 32 acres of vineyards all in the far south of the appellation in the lieu-dit “Les Serres” below the village of Châteauneuf-du-Pape.

Isabel’s reputation has grown every vintage since her first release and her wines have become reference points for Rhône quality and expression. Some of her success comes from the fact that she has very old vines in her holdings — the Grenache vines average more than 70 years old, and she still has some of the original Mourvèdre that was planted in the 1920’s.

The vines are cultivated organically. In the past decade, Isabel has begun working with whole-cluster fermentation with indigenous yeasts, moving away from bigger, extracted wines into realms of lowered alcohol and increased freshness. These current vintages of Domaine Saint Préfert reflect this focus on balance while at the same time expressing the sun and soils of a storied appellation.

85% Grenache and 15% Cinsault from La Lionne, in the Sorgues district, just south of the village of Châteauneuf-du-Pape. The fruit is 100% destemmed and both fermented and aged in cement tanks. The wine is medium-bodied, juicy, and balanced with loads of berry fruit and flowers.

A blend of 85% Grenache, 5% Cinsault, 5% Syrah, and 5% Mourvèdre from the youngest vines (30 years and younger) in the “Les Serres” lieu-dit. The wine underwent 100% whole-cluster fermentation and was aged 15 months in cement tanks. Chocolate, raspberry, and garrigue highlight this lush but balanced wine with a persistent finish. Drink now and into the end of the next decade.

85% Grenache and 15% Cinsault from the “Les Serres” lieu-dit. The wine underwent 100% whole-cluster fermentation and was aged 18 months in cement tanks. The exceptional 2016 vintage shows in this rich and velvety wine with soaring aromas and freshness. There are plenty of balancing tannins and mineral length on the back end. This generous cuvée has many years of pleasure to give.

The tête de cuvée of Domaine Saint Préfert made from the oldest vines (60 to 100 years) from the “Les Serres” lieu-dit. The blend is 60% Grenache and 40% Mourvèdre that underwent 100% whole-cluster fermentation and was aged 18 months in both cement tanks and older 600-liter barrels. Fruit, freshness, and power — the fantastic 2016 vintage is again on display with this wine that is intensely concentrated and rich yet still maintains an elegant harmony. “Charles Giraud” has at least two decades of exuberant drinking to offer lovers of Châteauneuf-du-Pape and lovers of world-class wine.