Corsica, France’s Last Wine Frontier — the Grand Wines of Clos Canarelli + A One of a Kind Sparkling from Domaine Comte Abbatucci

We have been bringing in some of the most renowned producers from the island of Corsica for years and we are quite proud of the selection we have assembled. We are excited to share the newly-arrived, thrilling wines of Yves Canarelli, featuring both new vintages of wines we have previously brought in, as well as cuvées new to this market.

Despite Corsica being France’s most southerly vineyard area, it is surprisingly not its hottest. Height and wind modify the realities of latitude, demonstrated by the remarkable freshness of the best of Corsica’s white wines, and the almost Burgundian grace of its best reds. 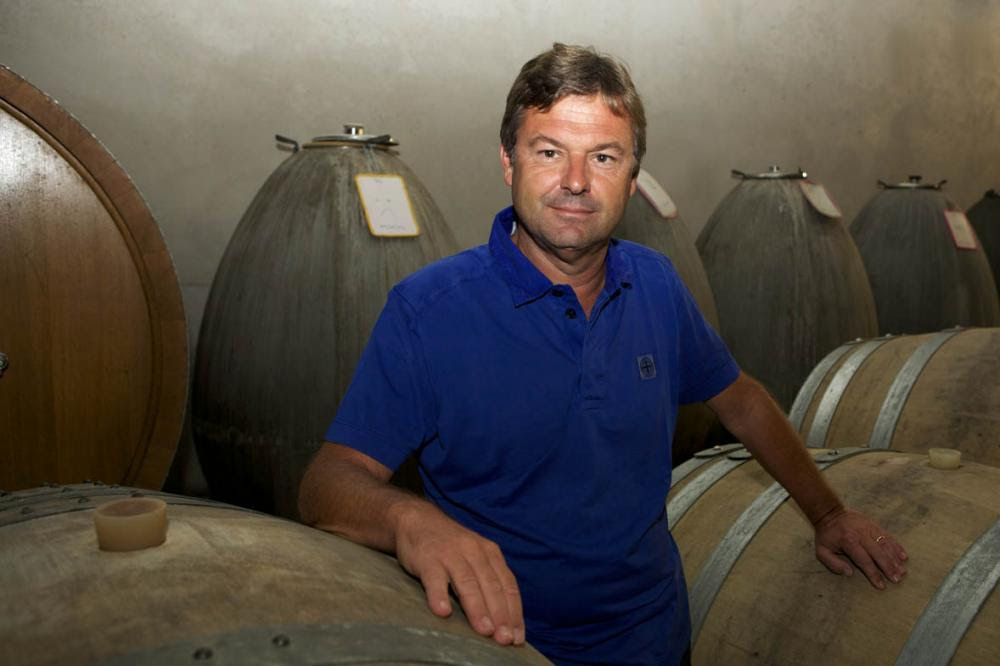 Possessing abundant freshness, complexity, and aromatic intensity, the wines of Yves Canarelli are some of the most celebrated and sought after from the island. He has always championed the restoration of native Corsican grapes. While the French government remains slow to reconsider appellation rules to allow for some of the oldest of these heirloom varieties, often forcing producers to bottle under the generic “Vin de France” designation, Yves nevertheless began tearing out entire vineyards of imported varieties and replanting with native vines shortly after taking over the family domaine in 1993. His latest ventures are with amphora-fermented wines.

Clos Canarelli’s vines are located in the granite and red alluvial soil near the tiny, remote village of Tarabucetta, on the southern tip of Corsica in the appellation of Corse Figari. The ever-constant wind from the Gulf of Figari makes for challenging growing conditions, perhaps explaining why Yves Canarelli is one of only a handful of plucky producers there. Indeed, those ferocious winds help to keep the vines free from excess moisture and pests. Yves utilizes both organic and biodynamic viticulture. In the cellar, he prefers deliberate fermentations using indigenous yeasts. These wines not only advertise Corse Figari’s terroir, they exhibit the intrigue of world-class wine.

A blend of mostly Niellucciu (closely related to the Italian Sangiovese) with around 15% each of Syrah and Sciacarellu. The fruit is from 19 acres of granitic soil with vines planted in 1997.  The wine is raised in foudre for 14 to 18 months, and then bottled unfiltered. Ripe, red fruits blend with notes of spice and herbal maquis shrubland that grows on the hills of Corsica. Plum and cherry fruit show in abundance before leading to a hauntingly long and complex finish.

“Amphora” Rouge is a blend of predominately Niellucciu and Sciaccarellu with the addition of about 20% Minustellu, Carcaghjolu, and Moresconu, all from a 1.2 acre parcel of granitic soils. The wine is vinified in a clay amphora for four to seven weeks before finishing in stainless steel tanks and neutral wood barrel for seven to nine months. The wine is never filtered or fined and no sulfur is used at any time during the process. The result is a sensual wine with concentrated fruit, profoundly expressing this sunny, Mediterranean island.

“Tarra d’Orasi” is produced from vines that are over 140 years old. It is a pre-phylloxera field blend where Sciaccarellu, Minustellu, and Cinsault are co-planted in a 0.6 acre, isolated vineyard of sand and granite. Fermented and vinified in large foudres for 14 to 18 months and bottled without filtering, the wine is rich, concentrated, and an epic expression of the island. This is one of the most unique wines in the world. As you might expect, production of this wine is miniscule, subsequently, we only have a small amount available.

Once widely grown in Corsica and famed for its aromatic complexity, Biancu Gentile was later neglected and left on the brink of extinction. At the time of its resurrection, it is estimated there was only a single acre left under vine. Now, with the help of Yves’ 1.2 acre vineyard, planted in 2000, the future of this variety is undeniable. The wine is aged in concrete eggs on its lees to coax out the richer texture and notes of exotic fruits, citrus, flowers, and Mediterranean breezes.

“Amphora” Blanc is 100% Vermentinu from a 1.2 acre parcel of granitic soils planted in 1997. At harvest, amphoras are filled directly with two-thirds must and one-third whole clusters and then fermented and aged for three months. The wine is then transferred to neutral barrels for a further three months of aging. The wine is never filtered or fined and no sulfur is used at any time during the process. Deep in color, flavor and aromatics, this intense wine is loaded with personality and length.

Did we already mention that Elie Wine is your Corsican connection? Where else are you going to find a sparkling wine produced from the five acre vineyard planted by Jean-Charles Abbatucci’s father, Antoine Abbatucci, in the early 1960s, in an effort to save indigenous grape varieties? “Cuvée Empire” is a blanc de noirs sparkling wine produced in the traditional method from 100% Barbarossa, a red/pink variety. Fermentation takes place in a 12,000 liter foudre and the wine is aged on its fine lees for four months. A secondary fermentation takes place in the bottle for another year. The Extra Brut dosage is 4 grams/liter. We are big fans of Jean-Charles’ unique and world-class wines and this one is no exception.

Click here to learn more about Jean-Charles Abbatucci and his other wines we have on offer.