Dispatches from the Land of Cabernet Franc

Join us this Saturday as we explore the diversity of the Middle Loire valley through several different bottles. Although adjacent, Saumur-Champigny and Chinon belong to two separate sub-regions; Anjou-Saumur and Touraine, respectively. Both regions are known for malleable limestone (tuffeau) that has been built into many a castle and cold underground cellar. Yet the soils are as varied as the expressions of Cabernet Franc that come from these areas with the potential to produce France’s most refreshing and elegant versions of this grape variety.

Imagine yourself in a Paris bistro enjoying a whole roast chicken with a heap of pommes frites. The wine you might be drinking is one Paul Filliatreau’s Cabernet Franc wines from Saumur-Champigny. After taking over the family domaine in 1967, Paul soon began bottling and selling wine made at the estate — not the norm in an era of cooperatives. It didn’t take long for the light and fresh style of Paul’s wines to become a hit in Parisian bistros, which remain the main market for Filliatreau wines to this day.

The present era of Filliatreau sees Paul’s son, Frédrik, as the fourth generation to run the estate, now a total of almost 100 acres of vines across dozens of varied parcels. Their approach to farming adheres to a philosophy of sustainability and the domaine is undergoing conversion to organic cultivation with some biodynamic methods. Massale selection is used for all new plantings. After harvest, the fruit is hand-sorted, destemmed, and fermented with natural yeasts in temperature-controlled, stainless steel tanks. The wines are moved by gravity and aged almost exclusively in steel.

~$18 “La Grande Vignolle” is 100% Cabernet Franc. The 14 acre lieu-dit of Grande Vignolle sits on a rich limestone plateau above the Loire River. The vines are 35 to 40 years old and lie at the northern limit of the Saumur-Champigny appellation. A juicy and fleshy wine for near-term drinking.

~$24 “Vielles Vignes” is 100% Cabernet Franc from the estate’s most significant vines. The fruit is harvested from vines that are 50 to 90 years old growing out of clay-calcerous soils around the village of Chaintre (just about midway between the towns of Saumur and Champigny). A powerful and lengthy expression of Cabernet Franc capable of developing in a proper cellar for a decade or more. 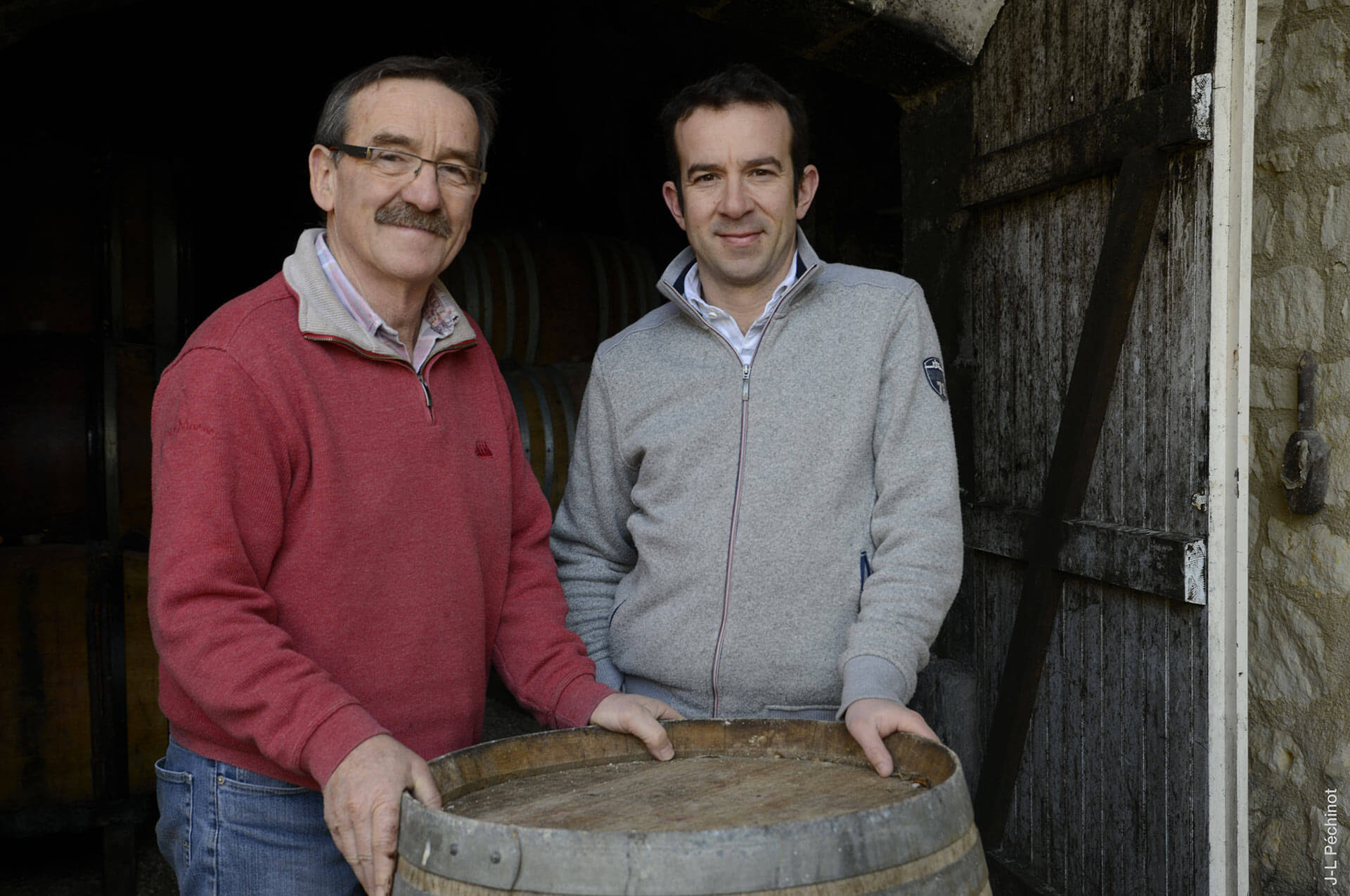 Bernard Baudry is easily one of Chinon’s best producers. Born into a winemaking family, Bernard studied oenology in Beaune and began his professional life as a vine-tending consultant at the Tours laboratory. In 1975 he decided to start his own estate with five acres of vines in the village of Cravant-les-Coteaux. Today the estate is 79 acres and Bernard’s son, Matthieu, works with his father to continue producing the consistent, high-quality wines for which the domaine is celebrated.

The Baudry vineyards have always been cultivated according to environmentally friendly methods and have been organically farmed since 2006. To rebalance the organic matter in the soils they maintain their own compost based on cow manure and straw. Yields are controlled by partial disbudding of the vines but the ultimate goal is to find the right balance based on vintage conditions where the vines naturally restrict their own yields. Harvest is done 100% by hand and post-harvest all fruit is de-stemmed and placed into gravity-fed vats where fermentation takes place with indigenous yeasts.

~$31 “Le Clos Guillot” is 100% Cabernet Franc produced from a plot of a little less than 10 acres in size that was planted between 1993 and 2000. The parcel is situated on a south-southwest exposed slope with clay soils on top of the hill and yellow tuffeau lower down the grade and results in a wine that is robust, flinty, and full of tension. The Baudrys are traditionalists and it shows in this classic Chinon.