Just in time for a withering heat wave here in Detroit, we’ve received a new shipment of wines from one of our favorite Italian producers. Cristiana Tiberio is based in the Cugnoli area of Pescarese (one of the four winemaking zones of Abruzzo). Her wines are characterized by a balanced freshness made possible by mild sea breezes drifting in from the Adriatic and the cool air currents flowing down the slopes of the Majella and Gran Sasso mountains. 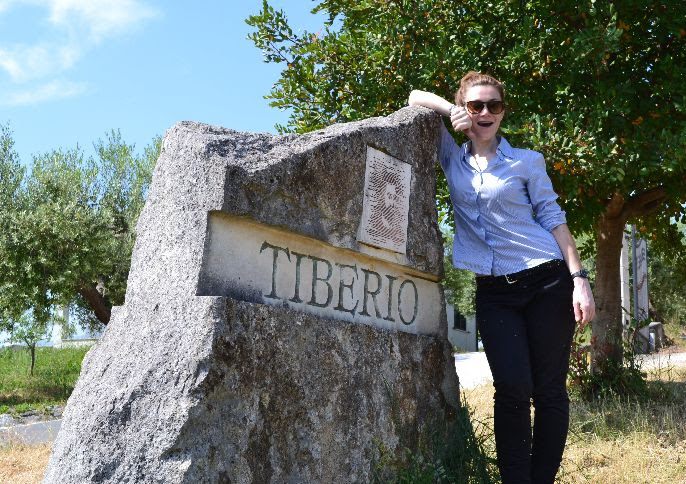 It’s thrilling to watch Cristiana’s star rising so fast. She has only been fully responsible for the winemaking at her family’s 74 acre estate since 2011. Yet she is already mentioned among the top producers of the region, consistently being awarded the coveted “Tre Bicchieri” (Three Glasses) by Gambero Rosso, the world’s leading authority on Italian wine. Her training in chemistry, along with stints in Champagne and Australia, backed by repeated visits to the Mosel and Chablis, inform her work in the cellar. And if you happen to follow her on Instagram, you would see that she is regularly educating her palate by drinking some of the world’s most significant wines.

Abruzzo’s sunny hills, limestone soils, and aforementioned sea and mountain air currents, are more than capable of producing outstanding wines. Unfortunately, the reality is that too often many farmers find it convenient to join cooperatives and force production well beyond the limits of quality. A new generation of grower/producers in the region aims to show the world what’s possible when the focus is on creating wines that speak of place.

Indeed, the primary goal of the estate is to produce wines that clearly express the characteristics of the land they come from and the specific varieties that have adapted there. In Cristiana’s words: “One of the most important things for me in being a vigneron and making wines is to work just with massal selections. What is so unique in my wines are my biotypes, because they are the historical and authentic clones for each variety that I saved and propagated in order to express and respect the original flavors and aromas. These biotypes are unique and belong just to me, so they today represent the identity of my wines.”

A key figure in maintaining the authenticity of the vines is Cristiana’s brother, Antonio. As the estate’s viticulturalist, he is responsible for tending the vines. Together, the two are producing some of the most exciting Abruzzo wines available.

All prices are based on the purchase of six or more bottles (mix and match).

Cristiana and Antonio seek to express freshness of fruit in this wine made from over 50-year-old Montepulciano vines grown in clay-calcareous soil. With intense aromas of cherry fruit, violets, flint, and a snappy finish, this is a red wine that won’t become ponderous in the heat of summer. The 2016 season was cool and moist, exactly as Cristiana likes it to produce fruit with ideal ripeness. Subsequently, the 2016 Montepulciano d’Abruzzo is vibrant, refined, and elegant. Its silky tannins play alongside loads of fruit.

Cerasuolo d’Abruzzo isn’t exactly a rosato. It is an official denomination and appellation to cover the cherry-red (Cerasuolo roughly translated means cherry-like), brightly flavored wines of Abruzzo made from the free-run juice of the Montepulciano grape with a short maceration prior to fermentation apart from the grape skins. Tiberio’s Cerasuolo d’Abruzzo is fleshy, with aromatics of flowers and citrus peel, and flavors of wild strawberries, cranberries, pomegranate, and rhubarb. 2018 was another cool and moist vintage. The Montepulciano grapes were harvested ripe but while the skins were still crunchy, producing a classic, juicy Cerasuolo d’Abruzzo.

Despite its name, there is no direct link between the Pecorino grape and Pecorino cheese. According to local legend, Pecorino gets its name from the sheep (pecora) that would snack on the grapes in the vineyards. The variety was thought to be extinct until it was found growing wild just north of Abruzzo in Marche and began a revival in the 1980s. Tiberio’s seven acres of Pecorino vines are planted on 20 foot deep limestone soils over clay and compacted sand and are some of the oldest in the region. The vines are naturally low yielding with a high total acidity so while production is low, the wines show a thrilling combination of rich texture and energy, green grass, flowers, salt, stone, and sunshine. The 2017 season was the hottest and driest of the past 50 years. The Pecorino yield was extremely low and produced wines that are exceptionally rich and concentrated. In this unique vintage, the traditional botanical flavors of Pecorino are expressed more toward thyme and lemon curd while the wine maintains its salinity.

Tiberio’s Trebbiano Abruzzese vines are especially noteworthy, not only because they are among the oldest in Abruzzo, but also because true Trebbiano Abruzzese is rare. Much of Abruzzo’s vineyards are actually planted to Bombino Bianco, Mostosa, and Trebbiano Toscano which were until very recently routinely confused with Trebbiano Abruzzese. While the four share similar features, they are distinct varieties. Trebbiano Abruzzese is the most noble of the four, producing wines that, while delicate and light-bodied, have greater depth and complexity. Lively and elegant, the 2016 shows exceptional balance with flavors of citrus and apricot, and notes of spicy white pepper. A couple of years from its release now, it is beginning to develop a touch of hazelnut that is typical of the variety.