Among the stony hillsides and jagged coasts of Sicily lie acres of citrus and olive groves, fields of grains and herbs, and, of course, vines, all proliferating in the Mediterranean sun. But of the 74 Italian DOCG — the most stringently controlled designation of origin for Italian wines — there is only one that is situated in Sicily. It is Cerasuolo di Vittoria.

Cerasuolo di Vittoria covers a small, triangular patch of Sicily’s southeast coast to around 25 miles inland. It spans the hill country between the cities of Ragusa and Gela, with the city of Vittoria at its center. It is an ancient land, once settled by the Dorian Greeks and part of the Magna Graecia. Organized wine production occurred there at least as far back as the 7th Century BCE — possibly even further. 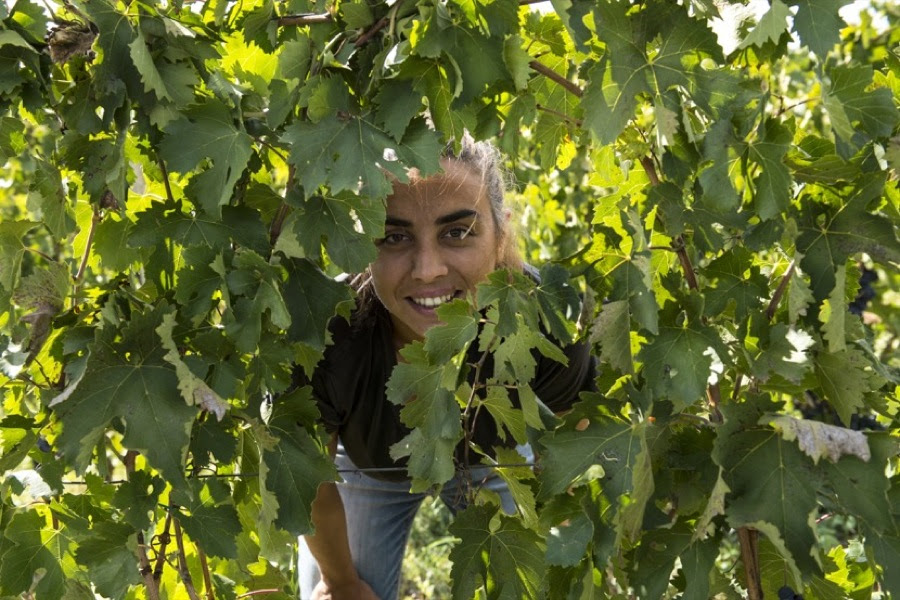 Today, it is where Arianna Occhipinti calls home. The estate began in 2004 as a mere 2.5 acres in the ”Fossa di Lupo” area of northern Vittoria and has slowly expanded to 54 acres. Arianna has lived a life of wine from an early age. She started at 16 in her uncle Giusto Occhipinti’s cellar at COS, one of Vittoria’s most revered vintners and a significant influence on her approach to winemaking. After attending oenology school in Milan she released her first wine at the tender age of 22 and has since gained an almost cult status.

As it is with most high-level producers, Arianna believes wine is essentially made in the vineyard. Cultivation at the estate is practicing biodynamic. New plantings are massale selections only. Fruit is always hand-harvested and sorted twice. In the cellar, spontaneous fermentation is achieved with native yeasts and minimal sulfites are used. Arianna’s driving philosophy is to produce elegant wines that speak of place while respecting the environment. Indeed, she lives by the idea that, “We do not inherit the land from our ancestors; we borrow it from our children.”

SP68 Bianco is named after the road that runs near Arianna’s home vineyard in Vittoria. It is a blend of 40% Albanello and 60% Zibibbo (aka Muscat of Alexandria, believed to be one of the oldest genetically unmodified vines still in existence). Vines averaging 15 years old grow on medium density red sands and chalk over limestone from the southern extent of the Apennine mountain range. The fruit is co-fermented in concrete tanks with a 15 day maceration on the skins. It is then aged six months in concrete before bottling without filtering.

The first thing you’ll notice about SP68 Bianco is its glowing, deep yellow color from the extended skin contact. The aromatics are off the chain with melon, candied-grape, randy flowers, and just a hint of salted black licorice. A sip is round, bone-dry yet honied, with a vigorous finish, again telling the tale of extended skin contact. Add an extra layer of cool to your next outdoor gathering. You won’t find a more complex white wine for under $20. It’s definitely going to be one of our go-to summer white wines for as long as it lasts.

Made using the same fermentation and aging methods as SP68 Bianco, the blend here is 70% Frappato and 30% Nero d’Avola. In Vittoria, the Frappato grape is the softer and fruitier foil to Nero d’Avola’s power and weight. It performs this function well in SP68, offering loads of pure, bright cherry fruit and easy-drinking smoothness coupled with a touch of muscle and blackberry from the Nero d’Avola.

Nero d’Avola, the noble grape of Sicily, is generally all broad-shouldered, with robust tannins, and plenty of acidity to balance out its bold fruit. In Arianna’s hands it drinks more like a Premier Cru Burgundy. “Siccagno” exudes delightful aromatics of rose petals, juicy plums, and smoked blackberries with just a quiet suggestion of mint. A sip is generous, yet elegant, with a persistent finish. A sip makes you want to take another sip. From vines on average 35 years old. Aging takes place in large, 25 hectoliter Slavonian oak barrels for 22 months and then a further two months in the bottle.

The most ambitious of Arianna’s wines, as well as the most scarce — fewer than 500 cases are produced. “Grotte Alte” is named after the limestone ridges of Vittoria. The blend is 50% Frappato and 50% Nero d’Avola from vines averaging 40 years old. Aging takes place in large, 25 hectoliter Slavonian oak barrels for 32 months and then a further four months in the bottle. Berry fruit salad with layers of spice, cherry licorice, and herbs define the heady aromatics. On the palate, bright fruit gives way to a lengthy, mineral finish. The elegance and finesse of “Grotte Alte” make it difficult to believe it comes from one of the warmest and sunniest spots in all of Italy.