The Benevelli estate lies at the southern end of the Barolo production zone in Italy’s Piedmont region, where the Maritime Alps meld with the Apennines forming a watershed where several rivers flow north through the hills known as Langhe. Planted with vines since the Middle Ages, no other Italian landscape conveys how deeply vines are rooted in a people’s culture. Firmly embedded into this culture are the 27 acres of Benevelli’s vineyards, all within the commune of Monforte d’Alba. 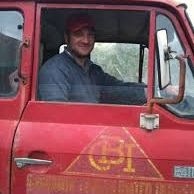 The estate began to take shape in 1978 when Piero Benevelli started out with about 12 acres and focused his energy on producing traditional wines of the Piedmont. Today, Piero’s son, the young and talented Massimo Benevelli, steers the ship.

Helping out in the vineyards as a teen, Massimo discovered his life belonged among the vines at an early age. He has since leveraged his accumulated knowledge to produce soulful wines that speak of place. Farming is traditional and harvests are always done by hand. With such small production, and virtually no marketing, there is little more to say about Massimo. In this case, we think the wines truly speak for themselves.

A good Dolcetto d’Alba is the paragon of everyday wine from Piedmont and an ideal partner for a range of dishes. The fruit grows in a seven acre plot of limestone with gray and white marl that was planted in 1986. The wine is vinified and aged in stainless steel tanks for 6-7 months with a further three months in bottle before release. Fresh grape and herbal aromatics lead to a sip of rich and mellow fruit and a tingly finish reminiscent of raspberry-filled dark chocolate. If you bring the glass really close to your ear you can hear a soft, faraway voice urging you to order a pizza.

Produced from the fruit of 7-10 year old vines planted in a three acre plot of brown and red marl, Benevelli’s 2017 Langhe Nebbiolo is a remarkably composed wine. It is brimming with strawberry and cherry fruit with subtle hints of herbs, tar, and rose that one expects from the Nebbiolo grape grown in such sacred ground. While plentiful with fruit, this is not merely a fruity wine. Its mineral finish and tannic structure suggest a wine that has the spine to develop for a couple of years. The wine is vinified and aged in stainless steel tanks for 5-6 months with a further three months in bottle before release.

As good as Massimo Benevelli’s Langhe Nebbiolo is, the 2014 “Ravera di Monforte” Barolo is a leap in expression for the Nebbiolo grape variety. A deep inhalation will draw a wealth of charming aromas like rose petals, spicy cherry licorice, and warm terracotta. A sip explodes in the mouth with abundant fruit and structure. It is clearly a wine with many fine years ahead of it. The fruit is grown from a plot that was planted in 1960 and totals almost five acres. The plot is in the southeast-facing Pilone amphitheater near the crest of the Ravera di Monforte ridge. It is there, up near the summit, where the Cru of Ravera di Monforte produces wines of the most mineral expressions, and Benevelli’s is a benchmark. The wine is aged in second-passage barriques for one year, then in 10-year-old oak botti (40 hL, 20 hL, and 15 hL) for 15 months, with a further 8-10 months in bottle before release.