We knew that Domaine Giacometti’s “Cru des Agriate” Patrimonio Rouge was a Corsican beauty when we brought it in last autumn. But after drinking several bottles on multiple occasions with pizza and friends, we knew we had to get more as soon as possible. The 2016 vintage has just arrived and it remains one of the most expressive under $20 wines available.

“Cru des Agriate” Patrimonio Rouge is primarily Niellucciu fermented with indigenous yeasts and then aged for 13 months on fine lees in stainless steel tank. While the grape variety Niellucciu is thought to be a strain of Sangiovese likely introduced to the island by the Genoese sometime around the 13th century, it has clearly been adapted to Corsica. “Cru des Agriate” exudes a heady bouquet of herbal maquis and lusty flowers over smoky cherry fruit. A sip is ripe, juicy, and downright poundable, finishing with a twist of pomegranate sap. It’s like a staid Chianti Classico went on a Mediterranean sailing vacation and came back with a shaggy beard and suntan. Compared to the previous vintage, the 2016 has perhaps a bit more texture and minerality on the finish.

Winemaking is possibly at its most extreme in the dry, scrub-covered landscape of Corsica’s Désert des Agriates. It is there, in the appellation of Patrimonio, that the isolated estate of Domaine Giacometti coaxes wonderfully balanced wines from this rugged swath of land on the northern end of the island, near the tiny hamlet of Casta, and just west of Cap Corse — the island’s most prominent peninsula.

While one might expect wines from such a hot and arid place to express as overripe, in the right hands the wines can be models of freshness and grace with a subtle herbality whispering of the mints, laurels, and myrtles of the aromatic maquis shrubland that blankets the coast.

There are two driving characteristics of the Casta climat that help shape the unique expression of terroir in Giacometti’s wines. First is the granite and clay soils that impart elegance and delicacy to the wines. 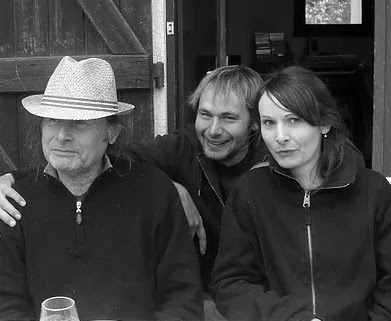 The second is a steady wind called the Libecciu, most prominent during the summer. This wind not only moderates the temperatures during the heat of the growing season, it also helps reduce the risk of disease in the vineyards.

Laurent Giacometti purchased the domaine in 1987 with his son, Christian, taking over vines that had been planted in 1966. Today there are nearly 75 acres planted to Niellucciu, Sciacarellu, Vermentinu, Garnacha, and Syrah. The third-generation of Giacomettis, Simon and Sarah, now run the operation. The first goal of the estate is to create wines that express place. To accomplish this lofty pursuit the family focuses on organic farming and minimal intervention in the cellars.

100% Sciaccarellu fermented with indigenous yeasts and then aged for nine months on fine lees in stainless steel tank. DNA research has found that Sciaccarellu is identical to the Tuscan grape Mammolo, named after the flower viola mammola, or sweet violet in English. “Sempre Cuntentu” exudes exceptionally expressive aromatics of candied strawberry, cherry, and redcurrant mingled with myrtle and eucalyptus. Silky ripe fruit is enhanced by an invigorating acidity finished by a long and shimmering texture.

100% Syrah fermented with indigenous yeasts and then aged for 12 months on fine lees in 500 liter barrels. While the Giacomettis mostly like to work with the regional varieties, they chose to plant a tiny plot of less than one acre of Syrah with the aim of producing a wine with the unique expression of Casta within the frame of an international grape variety. Along with a varietal purity in the aromatics and on the palate, “Sempre Azezzu” hints at the herbal maquis of the island while oozing generous aromas of bright fruit, flowers, and spice. A sip is lively and fresh with wild berries and a lengthy mineral finish. In a blind tasting this wine might be confused with an approachable version of Northern Rhône’s Saint-Joseph, also known for its granite soils.

Named after Christians’s daughter Sarah who now helps run the winery. The wine is comprised of 100% Niellucciu harvested from 45 year old vines and fermented with indigenous yeasts in stainless tank. The wine is aged for 12 months on fine lees in 500 liter barrels from two to seven years old. Aromatically complex with ripe fruits, sweet spices, and undergrowth, a sip is full-bodied, elegant, and supported by ripe, pleasant tannins.

The white version named after Christians’s daughter Sarah is made from 100% Vermentinu from vines that are 42 years old. The wine is fermented with indigenous yeasts and then aged for 10 months, all in demi-muids. It is then transferred to stainless tanks where it ages a further five months. The result is a lush and exotic wine that proudly broadcasts the aromas and flavors of ripe Vermentinu, with a side of herbs, all the while keeping a salty, crisp balance.