It was back in 1703 when the Barrot family first purchased plots of land in the village of Châteauneuf du Pape and that land has been handed down ever since. For most of the family’s existence as winemakers, the wine had been sold in bulk to négociants. 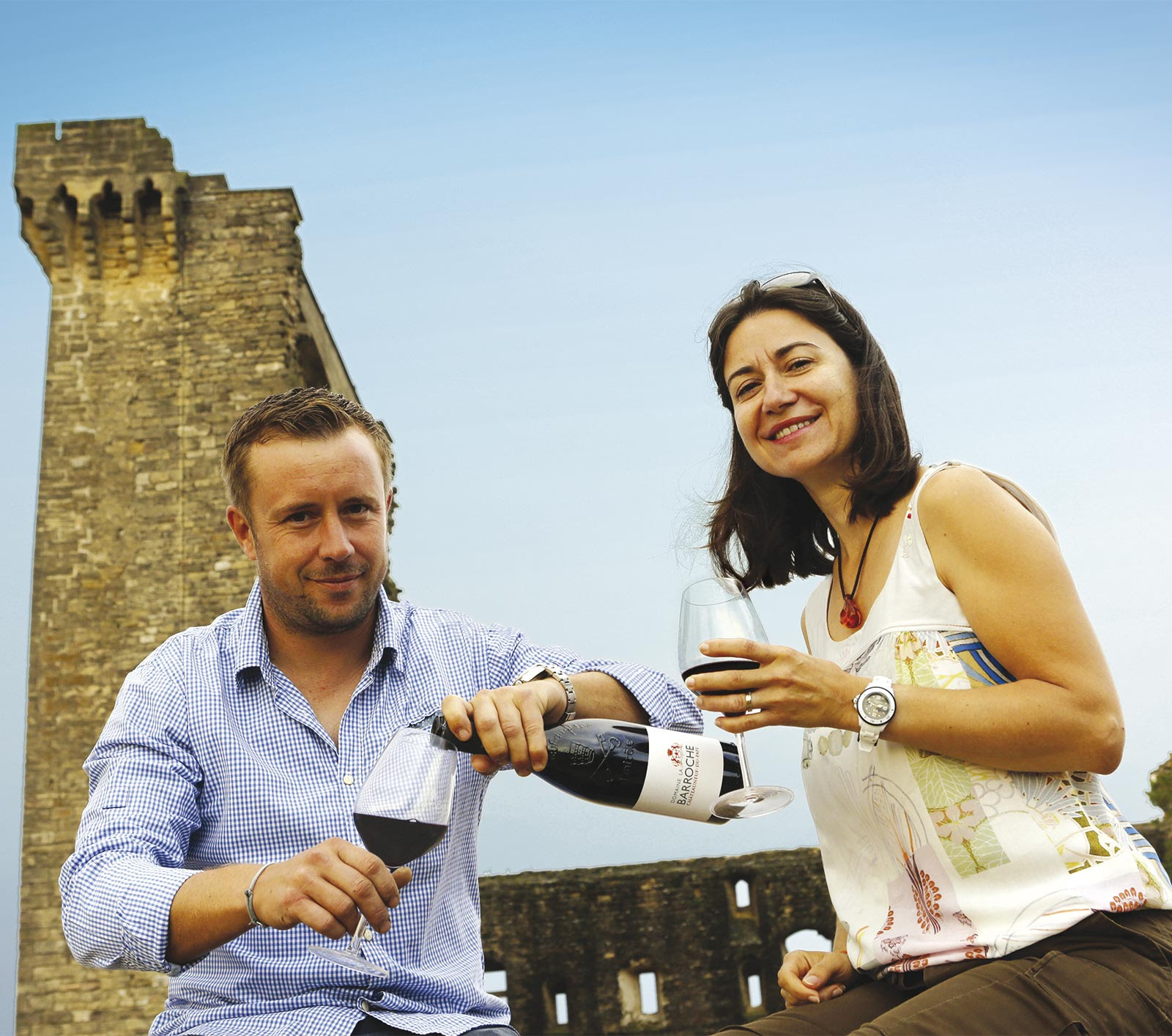 That all changed when the young and incredibly talented Julien Barrot, with his sister Laetitia alongside, took over winemaking at Domaine La Barroche during the disastrous 2002 vintage. Despite this trial by fire, Julien has since produced one magnificent vintage after another.

With 36 acres of vines, Domaine La Barroche features a variety of terroirs in the northern and northeastern segments of the appellation, many of them planted with Grenache vines that are now over 100 years old. In the words of the domaine, Grenache is “the soloist that provides focus to the entire symphony” but Mourvèdre, Syrah, Cinsault, Clairette Blanche, and Vaccarèse are also grown on the estate, as well as a few forgotten varieties (mostly Terret Noir and Clairette Rose) growing among the oldest vines.

Roughly 80% of all plots of the domaine have sandy topsoil with deep limestone. The rest consist of red clay, river stones, and red sandstone. This varying terroir allows the different grape varieties to express themselves in ways that give depth and subtlety to the wine and create a Châteauneuf du Pape that truly represents the type.

The 2016 vintage cuvée “Signature” is composed of 62% Grenache, 18% Mourvèdre, 13% Syrah, 5% Cinsault, 1% Vacarrese, and 1% other grape varieties — depending on who you ask, Châteauneuf-du-Pape AOC allows anywhere between 13 and 18 grape varieties as part of the blend. The grapes come from several well-known plots with vines on average more than 70 years old, including Le Grand Pierre, a legendary plot located on the Rayas slope near the sandy plots where the vines of the famed Château Rayas reside.

Only organic fertilizers are used and the harvest is entirely by hand, with sorting both in the vineyard and in the cellar. Vinification is very traditional with the wine being vinified in underground concrete vats and moved by gravity. The wine is aged in old oak casks and foudre. Minimal sulfites are used at bottling and the wine is bottled unfiltered.

The result is a concentrated, seamless wine of great generosity. Potent aromatics of dried flowers and Provençale herbs rise above a rich cherry liqueur. A sip is stuffed with full-bodied fruit, a lavish mid-palate, and an exceptionally long and earthy finish. Drink it now and through the next two decades.

From the Cellar: 2011 Domaine La Barroche

We have a very limited number of Domaine La Barroche wines from the 2011 vintage available. Try a bottle to taste the mature complexity and character of well-cellared Châteauneuf-du-Pape with several years of age. The 2011 vintage is a very similar blend to the 2016 vintage. It will make a good study of what the 2016 is capable of expressing with some development.