Value is so much more than price.

What makes a Nebbiolo-based wine from Italy’s Barbaresco region so special? It’s a tale of a grape variety wholly adapted to the specific soils and climate of the region. No other wine is so pale red with a slight bricking on the edges even when relatively young. No other wine has that specific, intoxicating aromatic blend of dried rose, cherry licorice, and warm slate coupled with a palate that is both structured and delicate. To have access to such a singular and thrilling wine is proof enough that there is some order to the universe and a value proposition in and of itself. For this wine to be just over $30 is a downright marvel.

From a tiny plot of 40-50 year old vines on less than five acres, Silvio Giamello is crafting a classic, old-school Nebbiolo. With elegance, complexity, and a lengthy finish, this is showcase “feminine” Piedmont Nebbiolo when compared to some of the bruisers of Barolo. If you’ve never heard of Silvio Giamello, it’s most likely because he has no interest in self promotion and makes very little wine – 5,000 bottles of Barbaresco in a highly productive year.

The Giamello estate lies in the northernmost part of Barbaresco in Ovello, one of the famed Barbaresco crus. The lieu-dit Vicenziana started out as the Giamello family farm that included small parcels of vines, grain, forest, and pastures where their animals grazed. These clay soils with lime-rich marl produced such quality wine that eventually much of the estate was wisely replanted to vines. Yet even with this prime terroir the family still sold most of the fruit to Langhe négociants. It wasn’t until the 1990s that fourth generation winemaker Silvio decided to bottle the estate’s wines for more than just the family’s consumption.

Today Silvio Giamello and his wife Marina Camia run the estate very traditionally. All work in the vineyard is natural and chemical-free and the wines are vinified using natural yeast. Vicenziana Barbaresco is fermented in temperature-controlled stainless steel tanks and then aged in 2,000-3,000 liter, Slavonian oak botti for two to three years. While this wine drinks well now, it does have the potential to develop in a proper cellar for another five to ten years. 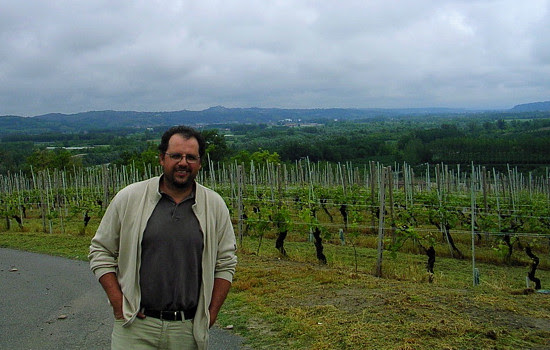