Cousin to Vicomte Liger-Belair of La Romanée fame, in 2001 Thibault Liger-Belair took over storied family property in Nuits-Saint-Georges, reclaiming vineyards which had been contracted out to various share croppers and creating a new domaine under his own name. The properties include some of the most hallowed vineyards in Burgundy: The Grands Crus of Richebourg and Clos de Vougeot, as well as the Premier Cru of Les Saint-Georges that is one of the few vineyards in modern-era Burgundy to be considered for promotion to Grand Cru. 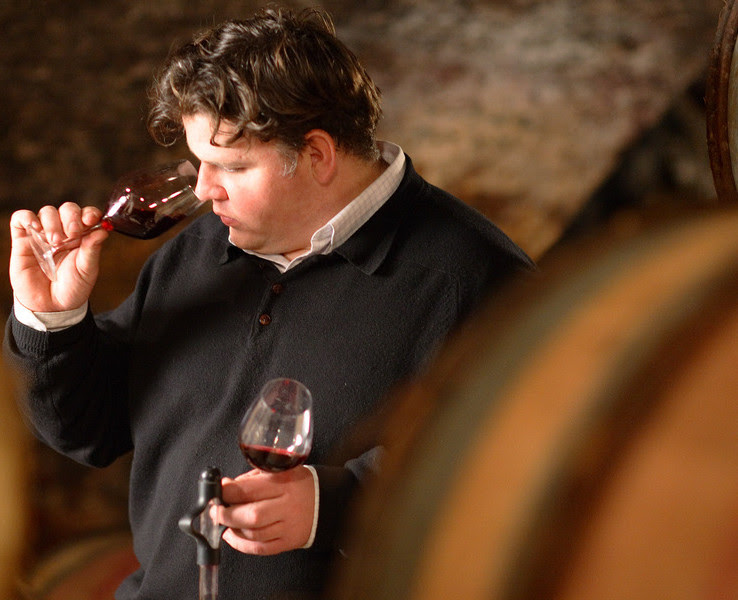 In 2008, Thibault decided to deploy his talent and knowledge in the Cru Beaujolais appellation of Moulin-à-Vent. He did a portion of his education a few miles south in the village of Belleville and was always fascinated by the beauty of the region, its landscapes, and the quality and diversity of its granite soils. The vineyards of Moulin-à-Vent reminded him of the Burgundian terroirs and he purchased several different parcels with the goal of producing wines that reflect their individual climat.

The methods Thibault uses in Beaujolais were adapted from his experience in the Côte de Nuits. The vines are cultivated using biodynamic practices. He claims that the work in the vineyards is done to awaken the soil and its terroir by encouraging the roots to go deeper in search of nourishment. He seeks to produce his Beaujolais wines without carbonic maceration because he considers that style of vinification to result in many indistinguished wines.

Special discount prices apply to all wines from Domaine Thibault Liger-Belair when six or more bottles are purchased. These are wines that are high in demand so quantities are limited.

~$34 “Grands Chaillots” Rouge (Bourgogne 2014)
Structured Bourgogne from a plot in the city of Nuits-Saint-Georges.

~$80 “La Croix des Champs” (Gevrey-Chambertin 2014)
From a parcel in the center of the commune and just below the Route des Grands Crus.

~$80 “La Charmotte” (Nuits-Saint-Georges 2014)
From a parcel located on the edge of the Premiers Crus “Argilats” and “Bousselots” in the northern part of the appellation.

$243 Clos Vougeot (Grand Cru 2014)
From 1.8 acres of vines planted in 1948 located in the southern portion of the vineyard at the corner of the wall separating the Grand Cru of Echézeaux.

$243 Charmes-Chambertin (Grand Cru 2014)
Located on the highest part of the vineyard just in front of the border between Lattricières-Chambertins and Chambertins.

$270 Clos Vougeot (Grand Cru 2009)
From 1.8 acres of vines planted in 1948 located in the southern portion of the vineyard at the corner of the wall separating the Grand Cru of Echézeaux.