2014 Châteauneuf-du-Pape Tasting with the Winemaker at Elie Wine, Tuesday 5-7pm

Please join us and winemaker Anne-Charlotte Mélia Bachas of Château de La Font du Loup on Tuesday, October 25, between 5-7pm with special cuvée presentation at 6pm. We’ll be tasting Anne-Charlotte’s 2014 vintage red wines and 2015 vintage white wine from Châteauneuf-du-Pape. There will be 20% discount pricing on all wines only for this tasting event.

La Font du Loup (the fountain of the wolf) is both a famous lieu-dit situated in the heart of Châteauneuf-du-Pape within the commune of Courthézon, and the name of the natural spring in the center of the estate. Legend has it that wolves from nearby Mont Ventoux would stop to drink at the spring as they made their way to the Provençal plains. The Château was acquired by the Melia family in 1942. Today, Anne-Charlotte, the granddaughter of the founder, and her husband, Laurent, oversee the cultivation and winemaking at this estate of about 48 acres. 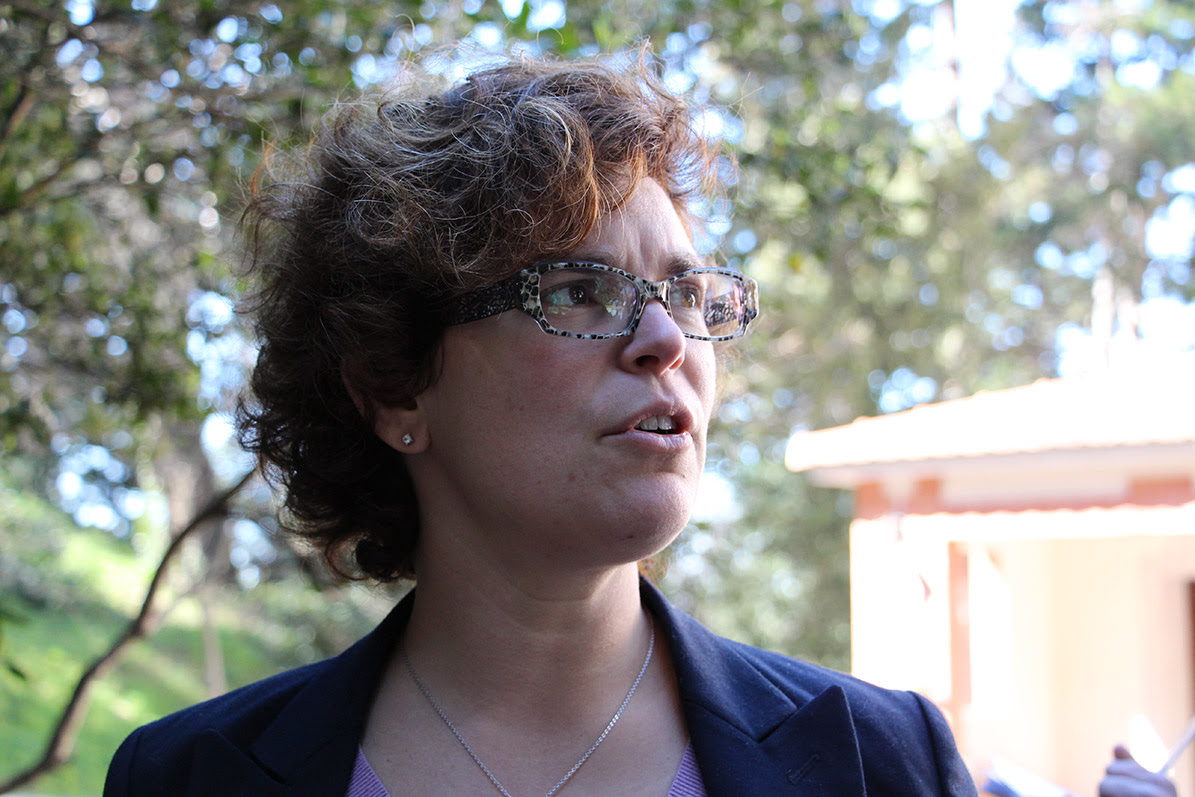 Since she was a small child, Anne-Charlotte would help her father in the cellar at Château de La Font du Loup. “I was born under a foudre,” she told us. “Wine is a part of my family culture. And I also like that anywhere in the world one can find wine lovers to share a bottle and conversation.”

Her enthusiasm shows in the wine. But Anne-Charlotte gives the most credit to location. “Our vineyards are at the top of a hill, facing north,” she explains. “This and the sandy soil (similar to neighboring and legendary Château Rayas) give our wines freshness, elegance, and delicacy. For a small part, it’s our way of doing the wines, never over-extracted, vinification at cool temperature, and no new oak.”

There is also an emphasis on environmental stewardship at the vineyard. The soils are fertilized with 100% organic composted sheep manure and grape pomace. When possible, vegetation is left between vines to improve soil structure and resist erosion. “Supervised control” methods are used to keep disease and pests at an acceptable level, with importance given to natural enemies over chemical alternatives.

2014 was a wine makers vintage in Châteauneuf-du-Pape. A good start with plenty of warmth led to a wet summer. Although September did a lot to improve the vintage, winemakers needed extra effort in the vineyards to ensure the highest quality. These 2014 reds should be quite approachable in their youth.

Châteauneuf-du-Pape (2015) White
35% Grenache Blanc, 30% Roussanne, 20% Clairette, and 15% Bourboulenc vinified separately and blended just before bottling. Clairette and Bourboulenc are aged in stainless while the Grenache Blanc and Roussanne spend time in once-used barrique seasoned by a single vintage at Château d’Yquem.

Châteauneuf-du-Pape (2014) Red
A blend of around 2/3rds Grenache with Syrah, Mourvèdre, and Cinsault making up the rest, all varieties are vinified separately. The Syrah and Mourvèdre are raised in twice-used barrique (once at Château d’Yquem and once for the La Font du Loup Blanc). 2,000 cases annual production.

Châteauneuf-du-Pape “Le Puy Rolland” (2014) Red
A cuvée of 100% very old-vine Grenache ripened slowly on a 10 acre, north-facing plot. Burgundian in style. The wine is aged for up to 18 months before bottling. 1,500 cases annual production. 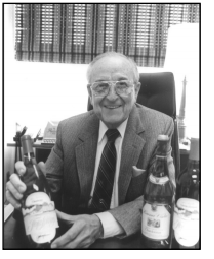 Cuvée Hercule is a special blend collaboration between importer Chip Delsener and Anne-Charlotte Melia. Anne-Charlotte selected the best lots of each variety from which to construct the blend and in July of 2015 the two met to create a wine “distinctly different stylistically and in composition” than any of Château de La Font du Loup’s existing cuvées. The result was a blend of 55% Mourvèdre, 30% Grenache and 15% Syrah.

Chip explains, “When it came time to prepare a label for the wine, naming the cuvée as an homage to my father, Anthony Hercules Delsener, was proposed and was clearly the logical choice. My father passed away in November, 1987. I think we have assembled a cuvée of a quality that honors his legacy. His generosity of spirit has long served as the inspiration for our best efforts.”