Last of the 2012 Vintage, Pure Chambolle-Musigny to Drink or Hold

Domaine Bertagna Chambolle-Musigny “Le Village” is from a one acre parcel of 87 year old vines that overlooks houses in the village of Chambolle-Musigny, just above several Premier Cru sites. The soil is shallow red calcareous clay with significant minerals, leading to rocky limestone subsoil underneath. After strict pruning and a mid-season green harvest to control yields, the grapes are hand-picked and then hand-sorted at the vineyard and the winery. Natural yeast fermentation ensues before aging in 30% new French oak barrels for 16 to 18 months.

The result is a wine of deep red fruit and complex aromatics with the elegant yet sinewy structure of a ballet dancer. Bertagna’s can be some of Burgundy’s most compelling wines, capable of aging gracefully for decades. Only 150 cases of Chambolle-Musigny “Le Village” are produced and we managed to acquire almost 5% of that. 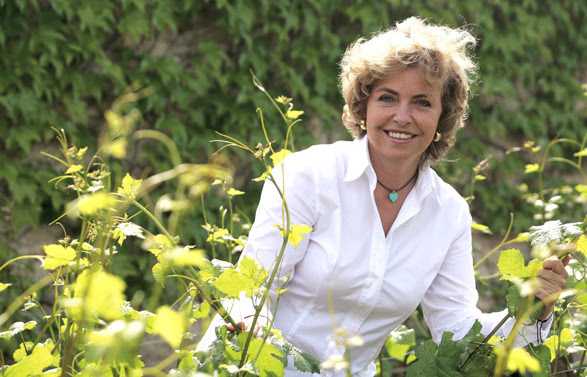 Domaine Bertagna produces wines from 18 appellations spread over 51 acres across the Burgundy region, with choice holdings in 12 diverse Grand Cru and Premier Cru vineyards in the Côte-d’Or. With a history dating back to the 13th century, Domain Bertagna’s cellars and vineyards are now under the direction of Eva Reh-Siddle. This is a family with wine in their blood. Eva’s sister Annegret runs the world-famous Reichsgraf Von Kesselstatt estate in Germany’s Mosel region.

As with all top winemakers, Eva understands that wine is made in the vineyard and she is laser-focused on producing the purest and highest quality of fruit. The vines are worked with utmost respect for the environment and the preservation of terroir. Only natural products are used to control any fungus or disease.

2012 has turned out to be quite a good vintage in the Côtes de Nuits. Many are referring to it as “classic” and regard the potential of these wines to be as good as, perhaps superior, to anything recent, including 2005, 2009, and 2010. The simple reason is that from mid-July onwards the weather was warm, dry, and extremely sunny. While the summer heat cooled off somewhat as the harvest approached it remained mostly dry, and even a bit chilly at night, which helped to preserve the acidity of the grapes.

From 1.3 acres of 41 year old vines located in the Grand Cru vineyard between Clos de la Roche and Clos des Lambrays in the village of Morey-Saint-Denis. The wine is aged in 100% new French oak barrels for 16-18 months. 150 cases are produced.

From 0.7 acres of 45 year old vines located in the center of the Clos, not far from the Château de la Tour. This upslope climat creates longer-lived wines compared to the bottom of the Clos. Aging takes place in 100% new French oak barrels for 16-18 months. 100 cases are produced.