The husband-and-wife team of Alfredo Esteve and Nina Coolsaet are the heart and soul behind Bodega Mas l’Altet. Both engineers, the couple met by happenstance on their first day of master’s study of oenology. When Alfredo entered the classroom there was only one seat open, and it was right next to Nina. The rest, as they say, is history. 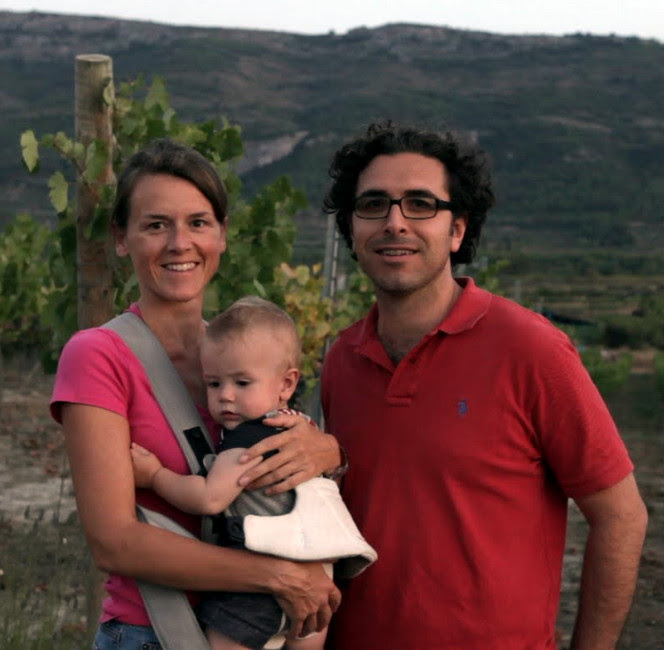 When the time came to start their own project, Alfredo and Nina turned to family history for inspiration. Alfredo’s beloved grandfather was a farmer who shared with his grandson the dream of reviving the winemaking tradition on the family land, where the vines were all lost a century ago to the Phylloxera epidemic. Together, the couple planted five acres of vines at about 1800 feet of elevation on this precious piece of earth near the east coast of Spain.

As an homage to Alfredo’s grandfather they decided to call the resulting wine “Avi” – the Catalan word for “grandfather.” Indeed, the 2009 vintage of “Avi” has even more significance for the winemaking couple. It is the year their son Luka was born on the very day that they began the harvest.

The couple’s vineyard is situated in the southern portion of the DO Valencia in a microclimate that benefits both from the cooling effect of high elevation and the warmth of the nearby Mediterranean Sea. This ensures long, even ripening of the fruit. Because the land they are farming is relatively small, Alfredo and Nina are vineyard purists, essentially treating it as their garden and striving for balance and harmony with utmost respect for Mother Nature.

2009 “Avi” is a blend of 65% Syrah, 26% Cabernet Sauvignon, 5% Merlot and 4% Garnatxa. Deeply aromatic and bountiful with ripe fruit, the fitness of the vineyards are evident in the glass. As you might suspect, with only five acres, yield is miniscule. In 2009 just over 500 cases of “Avi” were produced.