Red Bordeaux for the Holidays

2010 in Bordeaux was the driest year in six full decades. The vines were parched for most of the summer, with almost no rainfall the entire month of August. Days were long and warm, nights were cool. The result was a crop of small, thick-skinned, ripe berries with tremendous concentration and freshness. By all accounts the 2010 Bordeaux vintage was a banner year for creating intense wines with refined tannins and ideal balance.

We’ve sourced a small stash of some prime 2010 Bordeaux and thanks to a favorable exchange rate we’re able to offer these wines at sweet prices.

Classified as a Fourth Growth in 1855, this 42 acre Saint-Julien estate is one of the smallest in the region, producing only about 5,000 cases every year. The property has older vines, planted with 75% Cabernet Sauvignon 15% Merlot, and 10% Cabernet Franc, averaging around 40 years old, and growing from gravel, sand and clay soils in prime vineyards behind the town of Saint-Julien-Beychevelle. Château Saint-Pierre has a long history of producing rich and powerful wines with great density and the 2010 vintage illustrates this as much as any other on record. If you drink like Robert Parker you’ll be pleased to know that his Wine Advocate gives this bottle a hefty 97 points.

The Grand Cru Classé vineyards of Château Villemaurine have been producing quality fruit for a couple of centuries. But it was the relatively recent purchase and subsequent investment in the property and cellars, including the hire of noted winemaking consultant Stéphane Derenoncourt, that has brought the estate to prominence. Saint-Émilion boasts the famous clay-based soils of “Right Bank” Bordeaux ideal for Merlot, and theVillemaurine bottling reflects this with a blend of 95% Merlot and 5% Cabernet Franc for a wine of abundant aromatics and ripe, concentrated fruit. This very small property of 17.5 acres produces only about 1,200 cases every year. 91+ Wine Advocate.

Need a lot of wine for your office party, or big gatherings of friends and family, or just saving money to pay for all those new Star Wars toys? You won’t need to break the bank with these crowd-pleasing Bordeaux wines.

As M.F.K. Fisher once wrote, “With good friends …. And good food on the board, and good wine in the pitcher, we may well ask: When shall we live if not now?”

Ranked as a Cru Bourgeois as far back as 1893, La Gravette Lacombe is now managed by Rémi Lacombe, who also produces Château Bessan Ségur. From about 25 acres of fine gravel vineyards grows 60% Cabernet Sauvignon, 38% Merlot, and 2% Petit Verdot. Vinification in thermo-regulated stainless steel vats creates wines of freshness and depth. 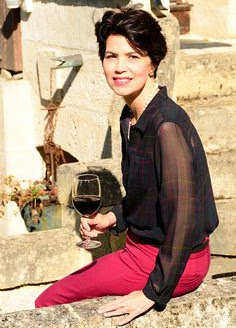 This estate lies on the southern slopes of the plateau around Belvès in southern Castillon. The limestone-clay soils of Castillon suit the Merlot vines that predominate here. The estate is managed by former owner Frédéric Burriel who was retained after he sold the property to the Bockmeulen family a few years ago. With investment in vineyards and cellars, Frédéric first created the barrel-aged Cuvée Prestige in the 2007 vintage. 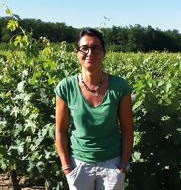 Farmed on a 17 Acre vineyard planted on the well drained, sandy-gravel soils of Graves. 58% Cabernet Sauvignon, 34% Merlot, and 8% Cabernet Franc combine for a medium-bodied wine with plenty of fruit and round finish for easy drinkability.