Travel south and west down the coast of Spain from Barcelona past golden, powdery sand beaches before heading inland to the Massís del Garraf – a mountain range characterized by limestone outcrops and calcerous soils from which swell an impenetrable scrub of holly oak, strawberry tree, rosemary, gorse, butcher’s broom and dwarf fan palm. As the Massís del Garraf resolves into the gentle slopes of the Penedès Plain you’ve entered ancient wine country. 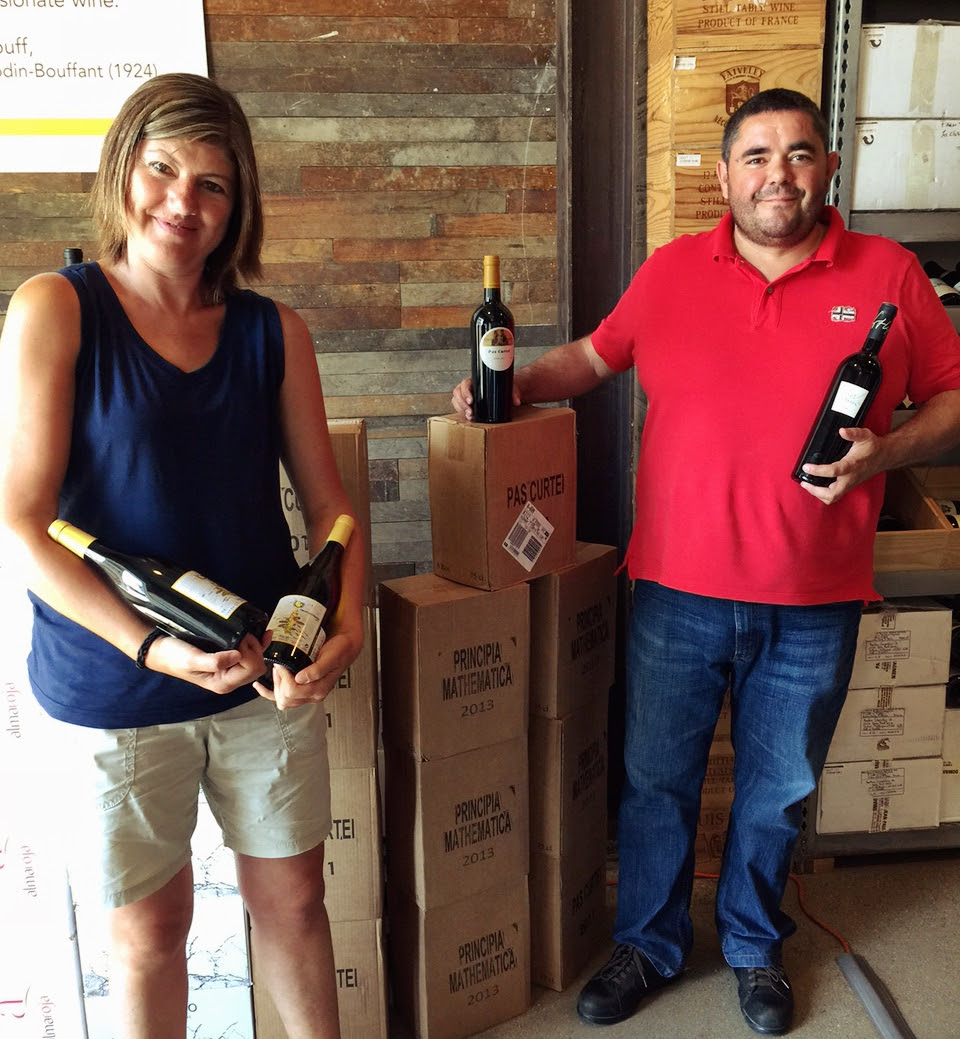 There, in the Alt Penedès, the most inland and mountainous subzone characterised by relatively low yield and high quality, passionate winemakers Irene Alemany and Laurent Corrio are producing a range of world-class wines. Their true “garage” winery is located in the center of Vilafranca del Penedès where they vinify by variety and batch. The couple, who met at the University of Burgundy in Dijon, apprenticed in vineyards in France and California before settling into the Penedès region to start their own operation using Irene’s family vines.

Today, the two are recognized as being among the top winemakers in all of Spain. All of their wines show classic French techniques expertly executed and a Mediterranean soul.

Produced from 100% Xarel·lo (shah-REHL-loh), an indigenous grape variety that most Cava drinkers will recognize. 55 year old Xarel·lo vines from plots in Subirats and Garraf see fermentation in new French oak barrels of 228 and 700 liters. A third of the wine is then aged for nine months in stainless steel on the yeast (sur lie) with the remaining two thirds aged in oak barrels with occasional stirring (battonage). The result is a wine of freshness and depth that fully expresses a Burgundian style of winemaking alongside high coastal Mediterranean terroir. Dried stone fruits and subtle floral aromatics exude from a crisp and balanced juice finished by hints of citrus and hazelnuts. 525 cases total production.

A blend of 60% Merlot, 20% Carinyena, and 20% Cabernet Sauvignon, Pas Curtei is aged for 14 months in a mixture of one, two, and three-year old French oak barrels. Texturally, the wine compares favorably with a high-quality Saint-Émilion from the Right Bank of Bordeaux. Remarkably fresh and balanced, herbs and berries, there is plenty of big fruit up front with a deep structure and long finish. It’s still a relatively young wine that you can drink now or hold for several more years. 1,250 cases total production.

If Pas Curtei is equivalent to a high-quality Saint-Émilion than Irene and Laurent’s top cuvée, Sot Lefriec, is much like a Premier Grand Cru Classé from the same region. It is a blend of 50% Merlot, 30% Carinyena, and 20% Cabernet Sauvignon from the miniscule yields of their very best parcels. The wine is aged 23 months in French Oak barrels (70% new) and is only made in prime vintages. For the cellar or the dinner table, Sot Lefriec is bursting with spices and big, dark fruits. 5,500 bottles total production, only 300 bottles imported to the U.S.