A White & Red Tour of the Abruzzo Hills of Italy

The small medieval village of Cugnoli sits about 20 miles west of the Adriatic Sea among the rolling Abruzzo hills. To the west are the majestic Gran Sasso and Majella mountains of the Apennines range, and beyond, the eternal city of Rome. It was in this cool, windswept landscape at around 1000 feet of elevation where Riccardo Tiberio discovered a plot of old Trebbiano Abruzzese vines and decided to swap a career in wine export for running a family winery. 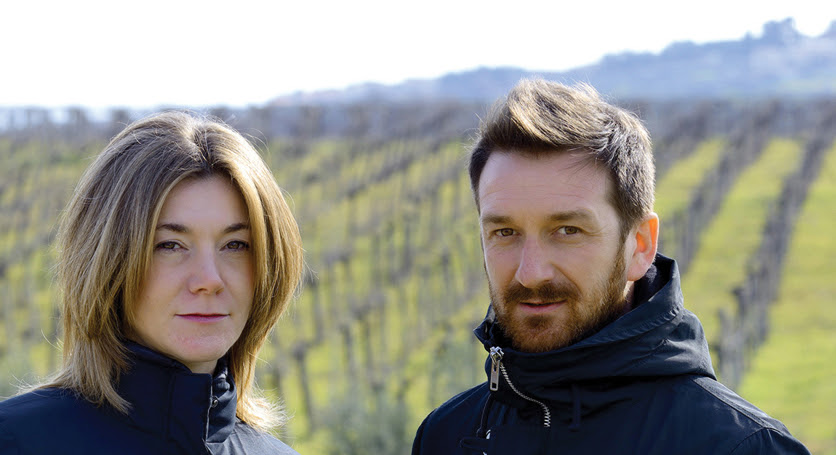 In 2008, Riccardo handed over the reins of Agricola Tiberio to his daughter Cristiana and son Antonio. The role of viticulturalist goes to Antonio while Cristiana handles the winemaking duties. She is a chemistry graduate with training stints in Champagne and Australia backed by repeated visits to the Mosel and Chablis. She took over all the winemaking duties in 2011 and is now solely responsible for the wines made at the estate. The siblings main goal is producing wines that clearly speak of the land they come from.

Their philosophy is evident in the glass. The most respected and influential Italian wine guide, Gambero Rosso, has bestowed Tre Bicchieri (Three Glasses, their highest rating) for the 2010, 2011, 2012 and 2013 vintages of Pecorino. Indeed, all of their wines for each vintage have been rated at least Due Bicchieri.

Despite its name, there is no direct link between the Pecorino grape and Pecorino cheese. According to local legend, Pecorino gets its name from the sheep (pecora) who would snack on the grapes in the vineyards. The variety was thought to be extinct until it was found growing wild just north of Abruzzo in Marche and began a revival in the 1980s. Tiberio’s seven acres of Pecorino vines are planted on 20 foot deep limestone soils over clay and compacted sand and are some of the oldest in the region. The vines are naturally low yielding with a high total acidity so while production is low, the wines show a thrilling combination of rich texture and energy, green grass, flowers, salt, stone, and sunshine. Pair it with pan-fried whitefish for dinnertime bliss.

If grilled lamb burgers are called for, try the Montepulciano d’Abruzzo. Cristiana and Antonio seek to express freshness of fruit in this wine made from 29 acres of 50-year-old Montepulciano vines grown in clay-calcareous soil. With intense aromas of cherry fruit and flint and a snappy finish, this is a red wine that won’t become ponderous when summer finally arrives, and it might just become one of your go-to patio reds.