The green hills of Umbria match neighboring Tuscany in their splendor and are finally catching up with the level of wine quality. This fact is most apparent in the hills of Perugia, and even more specifically the comune of Montefalco. It is there that the native, naturally low-yielding grape variety of Sagrantino reigns. Sagrantino is the most distinguished of the region’s vines, producing singular red wines of power and personality, in both barrel-aged, dry wines with broad shoulders, and sweet passito types.

Founded in 1884, the Scacciadiavoli estate is a true family operation. It takes its name from an exorcist that lived at the borders of the property who used the wine for his rituals (scacciare – to banish, diavoli – devils). The current era began in 1954, when Amilcare Pambuffetti purchased the estate at the age of 71. He had worked there as a farm hand when he was 14 years old. In 2000, the third generation of the family started extensive renovations that preserved the estate’s historical structures while introducing modern equipment. 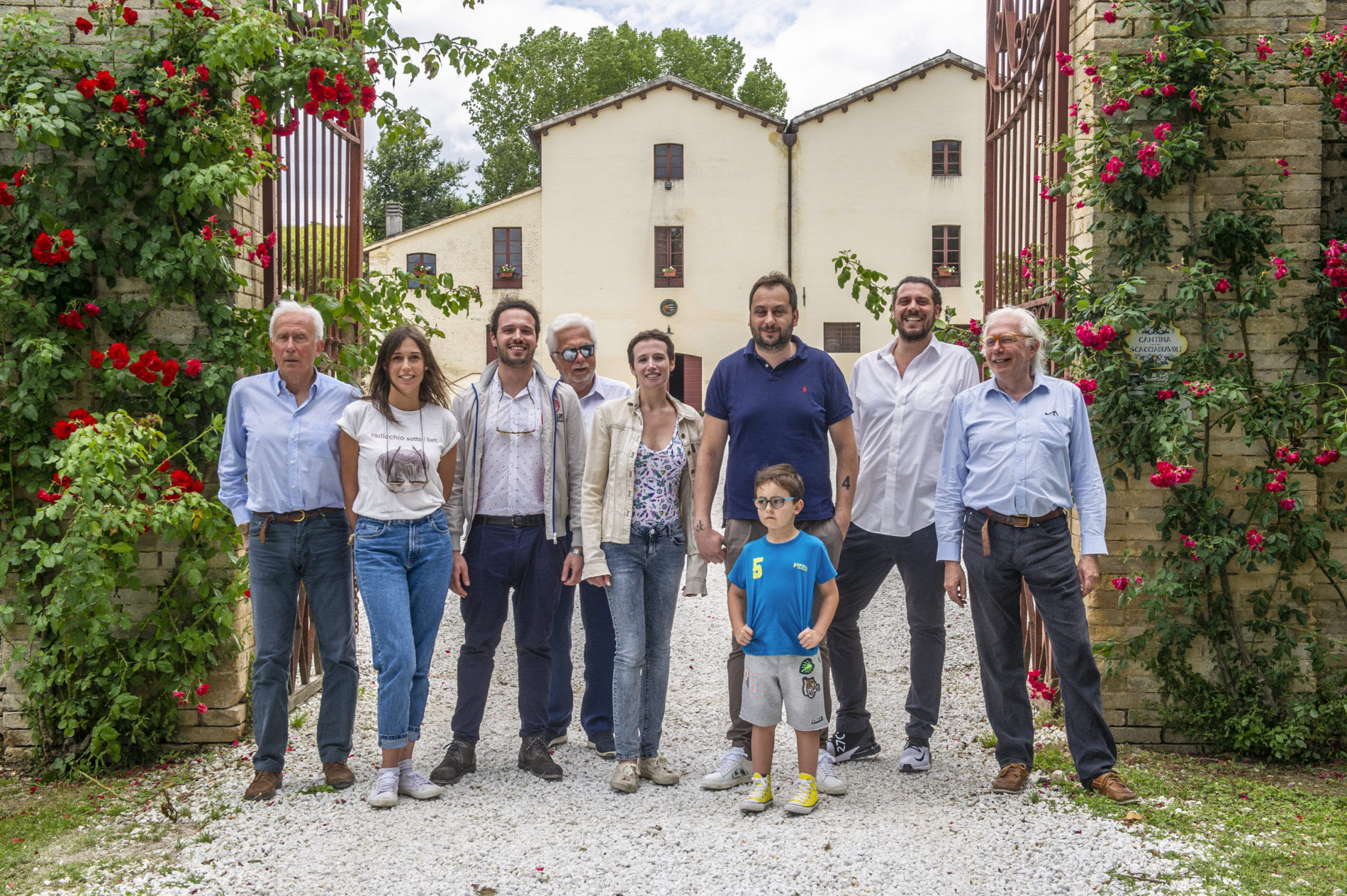 Now the fourth generation of the Pambuffetti family has joined the team. The property spans about 320 acres. 90 of those are dedicated to vines and occupy various hillsides in the municipalities of Montefalco, Gualdo Cattaneo, and Giano dell’Umbria at an average altitude of about 1,200 feet. The soils are sandy schist and marly clay soil of medium depth, highly suited for quality viticulture. The winery itself lies on a hill, with a multi-level building that allows all production to take place by gravity flow. Viticulture is done using sustainable methods.

Umbria Rosso is principally Sangiovese with a small percentage of Merlot. Aromas of ripe fruit lead into a drink that is delicate and fresh. It is matured for several months in steel tanks to preserve its fruity aromas. This is a pizza wine. A movie night wine. A hanging with friends eating too much cheese wine. And with a few years of age it is drinking in its prime right now.

Montefalco Rosso is a blend of 60% Sangiovese, 25% Merlot, and 15% Sagrantino. After vinification, the wine is matured for 12 months in large wooden oak barrels and a further six months in the bottle. It sports an elegant bouquet with scents of cherry and spice. A sip offers bright flavors of red fruits while the finish is quite herbal with polished tannins and good length. It’s a pleasantly complex wine with enough structure to develop for a few more years.

For centuries Sagrantino grapes were made into sweet wines. It is only in the modern era of winemaking where the aggressive tannins of Sagrantino could be tamed to make a dry wine. Today it is the most distinguished of Umbria’s wines. 100% Sagrantino aged 24 months: 50% in barrels (of which 15% new) and 50% in large tanks made from French oak. The bottles are further aged in cellar for a minimum of 12 months. This is a steak wine. Black cherry, herbs, violet, and licorice precede a creamy and intense hit of fresh red fruits on the palate. While the tannins are quite prevalent the wine is balanced and fresh.

For centuries Sagrantino Passito was the only wine produced from the Sagrantino variety. It was consumed during religious ceremonies in the villages of the Montefalco area. It is an ancient connection to rustic tradition and Montefalco lifestyle.

Sagrantino Passito is unique among sweet red wines in that dense tannins delicately unite the acidity and the sweetness. To produce it, the Sagrantino grapes are hung to dry on “graticci” for about three months to concentrate their flavors and sugars before vinification. It is then matured in new barrels for 24 months, and in the bottle for a minimum of 12 months before release. Inky, lush, chewy, and abundantly ripe, the wine is almost port-like with gobs of red fruit and chocolate.