As the name implies, Château Les Carmes Haut-Brion sits on hallowed ground in the Pessac-Léognan appellation within the region of Graves, very near the First-Growth estate of Château Haut-Brion. The estate traces its roots all the way back to 1584 when Jean de Pontac, the lord of Haut-Brion, donated several acres of meadows and vines to the Carmelite Order of monks who subsequently managed the estate until the French Revolution in 1789. 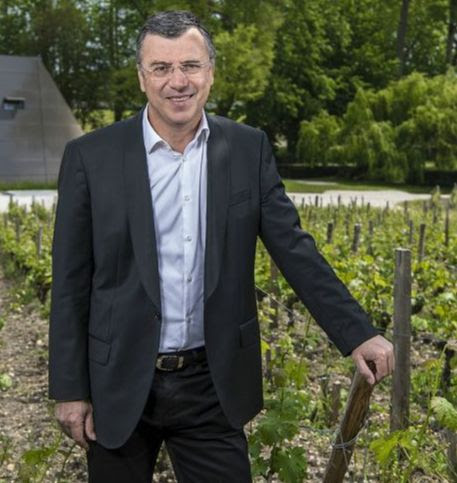 While Château Les Carmes Haut-Brion retains some of its historical origins in its name, the estate is contemporary in the best sense of the term. After acquiring the château in 2010, Patrice Pichet began an ambitious update of the vineyards and cellars with the goal of realizing the full potential of the land. Plots were replanted, slopes were corrected, and a new gravity-fed vat room was built to incorporate form and function. Below the vat room, a cellar surrounded by water allows barrels of wine to mature in ideal conditions.

With Stéphane Derenoncourt consulting, winemaker and property manager Guillaume Pouthier oversees cultivation that is guided by an environmentally-friendly approach. Even in the somewhat urban environment on the outskirts of the city of Bordeaux, biodiversity is pursued on the estate. Horses are used for plowing. Harvest is done by hand. Each individual plot is attended to based on its character.

These careful and methodical practices are extended to the plots outside of the estate’s holdings in the commune of Pessac to their acreage in the nearby commune of Martillac. Indeed, the fruit that comprises Le C des Carmes Haut-Brion comes from plots near the renowned Château Smith Haut Lafitte and Château Haut-Bailly near the southern limit of Pessac-Léognan.

Le C des Carmes Haut-Brion is made from near equal proportions of Cabernet Sauvignon and Merlot with just a pinch of Petit Verdot. 25% of the fruit was left in whole bunches during vinification as Guillaume Pouthier finds that “careful use of ripe stalks, particularly with the Cabernet Franc and Merlot grapes, increases sapidity, drinkability and elegance. Flavor-wise, it imparts a distinctive salinity and freshness.” His technique is highly specific, with destemmed berries and whole bunches layered in the vat to allow the juice to naturally fall through the architecture created by the stems. “The principle is to have the minimum of intervention in the vinification, and to concentrate on an infusion, like tea, rather than a pumping over of the juice.”

The wine is aged in 30% new oak and the remainder in one year old barrels, resulting in a smooth, easy to drink wine, filled with fresh black and red berries balanced by a moderately mineral finish. A cherry spice and violet perfume lingers as you sip. It perfectly straddles a line between heady complexity and backyard bbq party juice and ought to be a natural pairing with fancy burgers.