Pure Expressions of Cabernet Franc in the Terroir of Saumur-Champigny

Join us anytime this Saturday to taste several 2015 vintage Cabernet Franc wines, all from distinct Saumur-Champigny terroir, and produced by star Loire Valley producer Thierry Germain. All of Thierry’s Domaine des Roches Neuves 2015 vintage wines will be discounted during the workshop. Prices range from $22-$62.

We’ll be exploring the diversity of this section of the Middle Loire valley, known for its malleable limestone that has been built into many a castle and cold, dark underground cellar, as well as its potential to produce France’s most refreshing expression of Cabernet Franc. 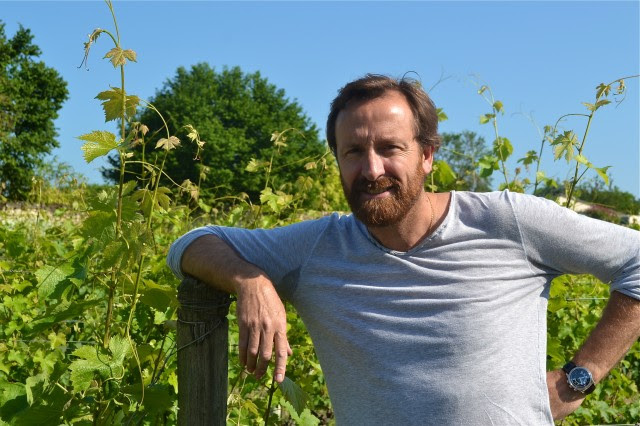 Raised in Saint-Émilion, Bordeaux, at the family winery of Château Yon-Figeac, Thierry set out on his own at the tender age of 23 to make his name in the more challenging climate of northern France. Although receiving accolades nearly from the start, his winemaking style has gone through several stages over the years, ultimately eschewing all new oak and blowsy fruit for precision and sense of place, and eventually becoming known as one of the top producers in the entire Loire valley.

We use the word “style” to talk about Thierry’s winemaking but the adjustment has really been about moving away from wines created in the cellar and toward wines created in the vineyard. The domaine has been certified biodynamic since 2002. Harvesting is done completely by hand in over 30 parcels, all of which are vinified separately with indigenous yeast. Yields are small and almost all of his wines are matured in large casks. Thierry harvests on the relatively early side to preserve the fresh, vibrant fruit.

The majority of these wines will develop in a proper cellar for years if not decades to come. Stock up now before they reach the cult status/price of Clos Rougeard.

From a 1.7 acre vineyard in the commune of Dampierre sur Loire with vines planted in 1904. Soils are silex scree and Turonian limestone. 100% de-stemmed fermentation before 12 months aging in 2,500L foudre and then six months in bottle.

Only made in top vintages. The 2015 “Marginale” is from a seven acre, south-facing plot of 45 year old vines in the lieu-dit of “Les Dares” in the commune of Chaintres. Soils are predominantly clay and Turonian limestone. 50% whole cluster fermentation before 18-24 months aging in 2-3 year old 228L barrels and six months in bottle.

From a three acre plot of sand and limestone in the commune of Saumur. 100% whole cluster fermentation before 12 months aging in 1,200L foudre and six months in bottle.

From a seven acre, walled vineyard of 40 year old vines in the commune of Dampierre sur Loire. Soils are very thin clay over Turonian limestone. 50% whole cluster fermentation before 12 months aging in 1,200L foudre and 600L demi-muid and then six months in bottle.