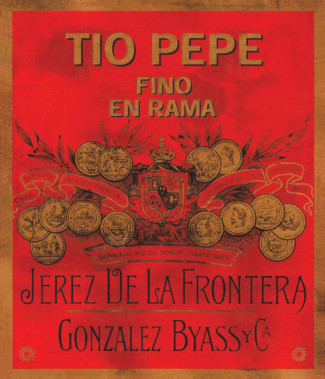 A few weeks ago we held our annual Sardinada where we dined on sardines flown in from Spain paired with Tio Pepe En Rama. The pairing was ideal; one might even argue that there was some magic involved. The truth is that fino sherry is a versatile food wine that won’t overpower the delicate flavors of simply prepared seafood, goes naturally with olives, almonds, and cured meats, and even holds its own against aggressively spiced ethnic dishes.

Although Tio Pepe En Rama is produced in strictly limited quantities, we made sure to get our share. You may have missed the Sardinada but you can stop by the shop tomorrow for a taste of pure and natural Fino. Consequently, you might even be inclined to grab a fillet or two of fresh northern Michigan whitefish for dinner. 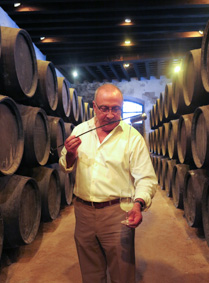 In October 2012, González Byass head winemaker Antonio Flores chose 100 barrels from just two of the ancient Tio Pepe soleras (the traditional system for blending and aging sherry). This selection was to identify butts which would develop a particularly thick, compact and consistent flor (yeast covering) to impart the distinctive aromas and flavors that characterize a great fino.

Autumn in Jerez was warm and rainy followed by a mild winter which allowed the protective layer of flor to thrive. Of the original 100 casks, only 67 were selected for their finesse and intensity, and then bottled in spring when flor growth was at its thickest. The result is Tio Pepe En Rama — fino sherry in its most natural and delicate state; unfiltered, unclarified and fragrant with yeasty bread, almonds and citrus.