Since the early 19th Century, Paul Jaboulet Aîné has been identified with quality wine in France’s Rhône Valley. But after years of underperformance through the 90s, the name was losing its standing as a premier wine making operation. That is until 2006, when the Frey family (proprietors of the renowned Château La Lagune in Bordeaux) purchased Jaboulet and applied sweeping changes that included a stricter selection process and significantly lower yields.

The 2009 vintage will mark the complete return of Maison Paul Jaboulet Aîné to excellence. With holdings across nearly all the great appellations of northern and southern Rhône, there is a bottle for just about everyone – and we are stocking up.

Prices are for case of six/750mL bottles 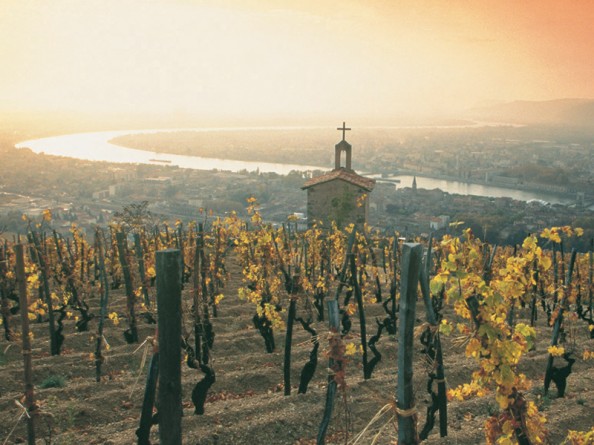 If we used this space to describe all of the aromas and flavors you’ll discover in a glass of Hermitage “La Chapelle” it would read like a French village market shopping list as written by François Rabelais. Jancis Robinson (18.5+/20 pts) suggests that you should probably lay this wine down in the cellar for a decade but she wouldn’t fault you for enjoying it now. Robert Parker claims the 2009 vintage (97/100 pts), of which only 2000 cases are available, will be the greatest La Chapelle since 1990 and 1978.  SOLD OUT

From a glass of Cornas “Domaine St. Pierre” leaps an enormous nose of crushed berries, black pepper and meat. Once you make it past the massive tannins a long and idyllic acidity shows up. This wine is so masculine it has hair on its chest. Albeit, well-groomed hair. Robert Parker (95+ pts) wants to have a love child with this wine. SOLD OUT

Heading into southern Rhone, Châteauneuf du Pape “Domaine de Terre Ferme” will charm you with aromas of purple jelly that eventually lead into wispy wood smoke. A full body finishes incredibly long and slightly herbal. Drink this with your pinkie out while eating spit-roasted lamb tacos.  SOLD OUT

Gigondas “Pierre Aiguille” is straight up ruby-red crushed fruits and brawny tannins. Gigondas is sometimes called the little brother to Châteauneuf du Pape, so consider this when you are looking for similar power in the glass at a lower cost.  SOLD OUT

If you’re on a tight wine budget, or just want to stock up on a bunch of everyday drinking bottles, try the Côtes du Ventoux “Les Traverses”. A blend of 80% Grenache and 20% Syrah, it’s a medium-bodied, fruit-driven wine with a nose of berries, plums, and dried thyme. Have a glass or two outside on a mild autumn day. This wine pairs beautifully with a fleece jacket and the sweet aroma of decaying leaves.  SOLD OUT