Champagne is undergoing an attitude renaissance, and much of the evolution is driven by consumers. Throughout the world of still wines, the focus is shifting toward improved agriculture, with organic and biodynamics creating sustainable terroir conditions. Champagne is doing likewise of course, along with promoting grower estates, small houses, reduced dosages and single-vineyard bottlings. But Champagne has long lived inside a rarefied world where much of its mystique was based on perception; its special-occasion aura, if consumers knew about much about the estates themselves, it was generally their ‘house style’—largely the result of winemaking technique. Bollinger spends more time on lees, for example, making it more yeasty in the mouth while Pol Roger allows fruit and floral notes to take the diva role by limiting lees contact. Reductive Champagnes like Salon do not undergo malolactic fermentation whereas oxidative wines, mostly Pinot Noir-based, are often oak aged, and taste rounder and sweeter.

What often gets lost amid the raised flutes and celebratory glitter is that Champagne is, first and foremost, wine, and as such, is highly expressive of its vineyard origins—when the winemakers allow this uniqueness to shine through. House styles have traditionally focused less on a reflective sense of the land on which the grapes were grown, and this is something that contemporary Champagne houses are beginning to explore, exploit, and advertise. 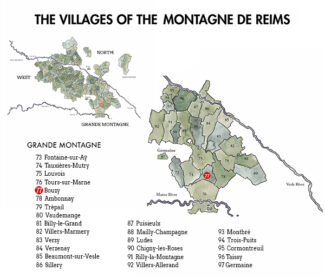 Each of the wines in this package is ‘climat’ specific, meaning that the grapes come from vineyard parcels as designated by the labels. It is a single Champagne house producing a variety of sparkling wines that emphasize—above all—a sense of place. These wines are expressive of various lieux-dits in and around the village of Bouzy; they are all classified as Grand Cru. Bouzy is one of the only 17 Grands Crus of the 320 villages, which make up Champagne’s seven sub-regions. (See Map Here)

Paillard is a familiar name to fans of Champagne; Maison Bruno Paillard, the Reims-based producer, was founded in 1981 by Bruno Paillard and financed by the sale of Bruno’s Mark II Jaguar. The Bouzy branch of the family (they are cousins) have been at it a bit longer; Antoine Paillard first bought Bouzy vineyards in 1768. Antoine and Quentin Paillard represent the eighth generation in the family and the fourth generation to produce and bottle Champagne under the family name. 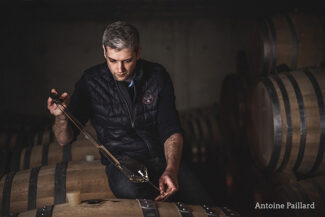 Bouzy is renowned for producing some of the finest Pinot Noir in Champagne, due in the main to its situation on the south-facing side of the Montagne de Reims, ideal for the difficult to ripen Pinot Noir grape. Nevertheless, unlike most other growers in the appellation, the 25 Paillard acres are planted with 40% Chardonnay, giving their wines both finesse and elegance.

Interestingly, the Paillards exclusively cultivate their own selection of Pinot Noir and Chardonnay, without a single clone on the estate, a diverse Selection Massale. Each plot is harvested and vinified separately in stainless steel vats and fermentation is carried out at lower temperatures to retain the aromatics. Each spring, a long process of tasting and blending is undertaken by Antoine and Quentin; the still wine is tasted, marked and discussed until there is consensus on the profile of the vintage. Blind tastings continue until the creation of each final cuvée. In June they are put into bottle for the second fermentation and cellared for a minimum of 3 years and as much as 10 years before being disgorged.

Champagne Pierre Paillard produces five cuvées. Two are non-vintage: Brut Grand Cru, generally a blend of two years and containing 60% Pinot Noir and 40% Chardonnay, and Brut Rosé, with a base of 70% Chardonnay, 23% Pinot Noir, and 7% Bouzy Rouge Pinot Noir. There are three vintage wines—a Blanc de Noirs from a single 0.8-acre parcel called ‘Les Maillerettes’ (planted in 1970), a Blanc de Blancs from a 1.5-acre parcel called ‘Les Mottelettes’ (planted in 1961) and a vintage wine that is only made in the best years and aged for seven to ten years before being disgorged.

A Note on Vintages:

2008: An icy December the previous year led to an even colder January. Below-average temperatures continued into the spring, and it did not warm up until May. But flowering was not affected and some summer outbreaks of oidium and mildew were quickly handled. August was cool, but by the mid-September harvest, the grapes were in perfect health. The vintage proved spectacular and is widely considered to be one of the top two vintages of this century so far.

2014: Dry conditions early got the growing season off to a healthy start, with a successful budburst and flowering were successful. The summer was not so kind, being cool and wet, with only the latter half of August eventually drying out. Although the rain was enough to make rot a concern, cooling breezes fortunately kept it at bay, and a benign September brought warm, dry conditions for ripening the grapes and effectively saving the harvest.

2016: 2016 was a difficult growing season, with early frosts and heavy rains between May and July putting much of the crop at risk. Conditions improved by August, but blistering heat further reduced yields. The grapes that remained were healthy, and overall, the quality was good, with wines displaying rich fruit and some nice acidity. 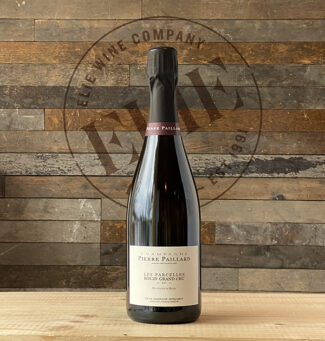 (Disgorgement: March 2021, Base Wine: 2016) Produced from 22 individually vinified parcels with their own vineyards, entirely in Bouzy, ‘Les Parcelles’ is a blend of 70% Pinot Noir and 30% Chardonnay, with 30% reserve wine. It is dosed at 1 gram per liter and has spent a full four years sur-lie prior to disgorgement. It’s an accurate portrait of Bouzy terroir with apple and salty stone-fruit notes. Citrus appears towards the finish, accented with herbs and chalk.

(Disgorgement: April 2020, Base Wine: 2017) The delicacy and refinement inherent in this Rosé is the result of the cuvée, 64% Chardonnay, and 36% Pinot Noir vinified white. It’s dosed at 2 grams per liter but is quite dry, making it an ideal companion to shellfish, especially lobster. The nose is yeasty, like freshly baked brioche, and the palate displays a leesy undercurrent along with blood-orange and tangerine flavors before a clean and acidic finish. 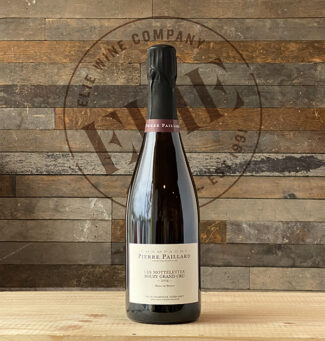 (Disgorgement: February 2019) From a miniscule plot of Chardonnay planted in 1961 in the lower part of Bouzy, where the pure chalk lays only twenty inches beneath the topsoil, the wine is pale golden in color with salted almond, apricot, pastry and fresh ginger notes beneath a delicate mousse. Dosage is at 1 gram/liter, with about 3000 bottles produced. 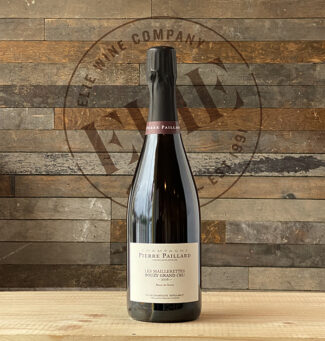 (Disgorgement: February 2021) ‘Les Maillerettes’ is a single half-acre of old vine Pinot Noir planted in 1970; the calcareous soils are made evident in the wine’s sleek structure and saline complexity. ‘Les Maillerettes’ spent 5 years on lees before disgorgement and is a proud representative of Bouzy Blanc de Noir, full-bodied and fleshy with fruit, especially cherries. Dosage: 1 gram/liter; around 2000 bottles and 122 magnums produced. 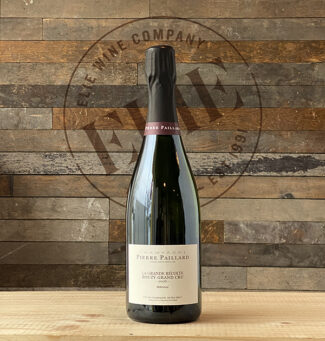 (Disgorgement: March 2021) 55% old vine Pinot Noir and 45% old vine Chardonnay from two sites on the south-facing slope of the mountain of Reims. The Pinot Noir comes ‘Les Maillerettes’ and the Chardonnay comes from ‘Les Mottelettes’ and represent the mother vines used for the massal selections made in-house at Champagne Pierre Paillard. Both vineyards are less than an acre in size, and the wine represents the quintessence of house style and terroir. A rare Champagne that may benefit from decanting, ‘La Grande Récolte’ is dosed at 1 gram per liter, and spent 8 years on lees before disgorgement. About 12,000 bottles made.