Champagne & Spanish Sparkling Wine to Bring in a Better Year

There is a little bit of magic in a good sparkling wine. Just one sip can transport you to another time and place. Enhance your New Year’s experience with a bottle or three from our large and impressive selection of small-production sparkling wines and grower Champagnes from Grand and Premier Cru vineyards. These are the work of passionate small producers and individual growers who are deeply connected to the particularities of each of their vine parcels and believe that wine is made in the vineyard first. They craft wines that express terroir by rigorous work in the vineyards, picking fruit at its peak, and employing minimal intervention in the cellar. Whatever your budget, we have the perfect bottle waiting for you.

The name Raventós i Blanc has become synonymous with great sparkling wines. They are one of the few producers of Spanish sparkling wine that grows, tends, and harvests their grapes from their own property, ferments and vinifies their wines, and then sells them under their label. To borrow a phrase from Champagne, one can truly consider them a Récoltant Manipulant (Grower Producer). Their Blanc de Blancs or de Nit Rosé (Conca del Riu Anoia) are both elegant wines that are inexpensive enough to stock up on. We also carry several other Raventos cuvées. Or try the reasonably-priced, semi-sparkling méthode ancestrale from Pepe Raventós’ Can Sumoi project where he is cultivating the indigenous varieties Montònega and Sumoll Rosé.

In the quest for consistency, the tradition in Champagne has been blending fruit from different vintages and plots across the entire region. Mono-Cru Champagne is produced from a single village with the aim of expressing place. Pierre Larmandier and his wife Sofie at Champagne Larmandier-Bernier (37 acres) craft “Terre de Vertus” from two parcels in the Premier Cru of Vertus. Arnaud Margaine’s pure Chardonnay “L’Extra-Brut” in Premier Cru Villers-Marmery at Champagne A. Margaine (16 acres).

Xavier Gonet and wife Julie Medéville, winegrowers in Grand Cru Le Mesnil-sur-Oger at Champagne Gonet-Médeville (25 acres) with their reference wine “Blanc de Noirs” — a suave example of Pinot Noir based wine. Champagne J.L. Vergnon (13 acres) run by Didier Vergnon with winemaker Julien Goût with cuvée “MSNL” — an assemblage of five parcels in Grand Cru Le Mesnil. Champagne Francis Boulard et Fille with Delphine Boulard (the fille) at the helm and their entry point Champagne “Le Murgiers” — a Blanc de Noirs from 100% Meunier from vines in the Marne Valley. Champagne Vilmart & Cie located in the Premier Cru Rilly-la-Montagne with 27 acres and Laurent Vilmart’s “Grand Cellier d’Or” — mostly Chardonnay from vines planted in 1964. Jean-Paul Hébrart and wife Isabelle Diebolt own 37 acres scattered in many parcels with some abutting the storied parcel Clos de Goisses. Champagne Marc Hébrart‘s “Blanc de Blancs” is mostly Premier Cru Mareuil-sur-Aÿ, a wine with richness and minerality. Jean-Hervé Chiquet and his brother Laurent, at the helm of Champagne Jacquesson, with their latest release of numbered cuvée “743” — a champagne with rare depth and finesse that also rethinks the idea of non-vintage Champagne.

Gilles Lancelot at Champagne Lancelot-Pienne, “a marvelous producer mysteriously flying under the radar” in Grand Cru Cramant. He works a total of 23 acres and his Grand Cru Blanc de Blancs “Instant Present,” a superb expression of the chalky minerality of Cramant, was our Champagne Society pick for September. “Grand Crus Bouzy and Ambonnay are the epicenter of Pinot Noir, and the Clouet family is the privileged custodian of 20 acres of estate vines in the best middle slopes of both villages.” Try Champagne André Clouet‘s latest “Cuvée 1911,” the number is reference to how many bottles are released and is from Jean-François’s 10 best plots. We also carry several other cuvées from these top producers.

Single Parcel Champagne presents the wine lover a rare opportunity to distinguish the individual origins of their champagne. Beyond the sensual appeal, Single Parcel Champagne allows the intellectual study of a very specific soil, subsoil, climate, relief, and topography. Only free-run juice is used by Nicole and brother Yves,

now joined by her daughter Valérie, at their 37 acres of Grand Crus at Champagne Pierre Moncuit. “Cuvée Nicole” is a 90-year-old vines parcel in Les Chétillons. With the legendary Chef de Caves Hervé Jestin at the helm, the newly reinvigorated Champagne Leclerc Briant’s “La Croisette” is from a single vineyard next to the winery in Epernay.  The estate’s organic vineyard practices began in the 1950s and they are now cultivating biodynamically. Champagne Francis Boulard et Fille‘s “Les Rachais” is a Parcellaire planted mostly to Chardonnay in the 1960s. Champagne Penet-Chardonnet owns 15 acres in the Grand Crus of Verzy and Verzenay. Alexandre Penet’s wines are all about purity and precision. Two of his Parcellaire in Verzy are the 40-year-old Pinot Noir “Les Epinettes” and the all Chardonnay “Les Blanches Voies.” Champagne Philipponnat‘s “Clos de Goisses” is a stunning, dramatically sloped, 14.5 acres single vineyard in Premier Cru Mareuil-sur-Aÿ. This is an ancient single parcel cuvée and we carry both the 2005 and Rosé 2007. Brothers Emmanuel and Charles-Henry Fourny, at Champagne Veuve Fourney et Fils, produce “Cuvée du Clos Notre Dame” — a small and chalky parcel of Chardonnay vines planted in 1951 in the center of the village in Premier Cru Vertus. “Surrounded by walls, this site yields ripe, assertive wine, its concentration amplified by low yields, fermentation in barrel, and long lees aging.” Of course, we also carry several other cuvées from these top producers.

To be fair, all the wines that we have already mentioned here are bangers. But if you’re looking for a sparkling wine that is not only at the top of its class but also singular in its origins, we have those too. 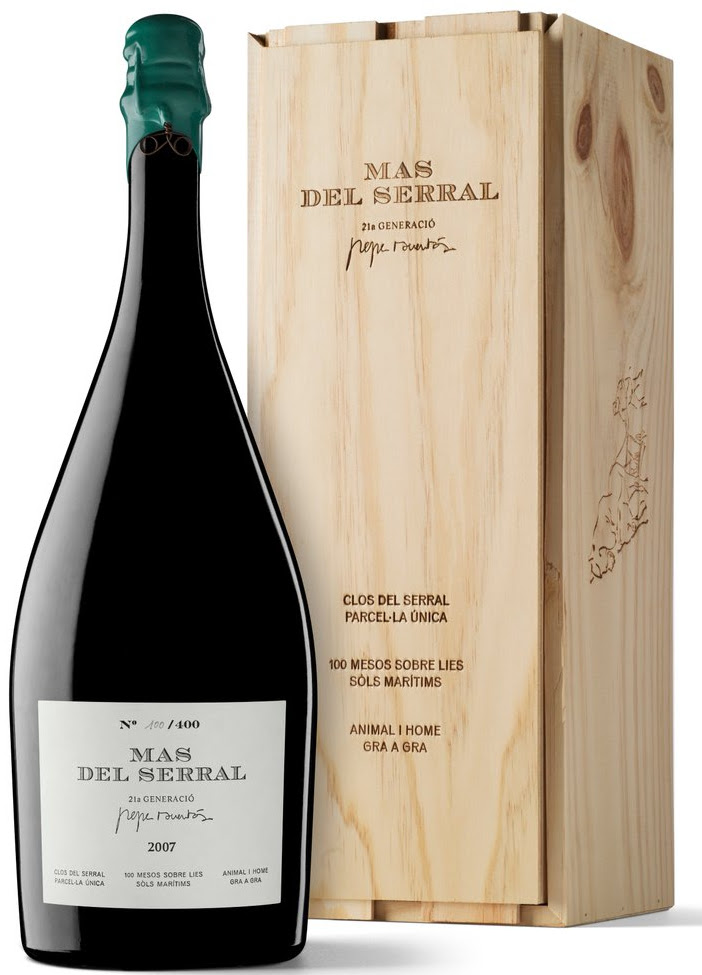 The De Sousa Family in Grand Cru Avize is the proprietor of 28 acres of vines. Champagne De Sousa‘s impressive “Cuvée des Caudlies” is cask-fermented from 60+ year old vines. Among the most creative and inspiring producers today, Benoît and his sister Melanie run the 35 acre Champagne Tarlant in the Marne Valley. A scant 170 bottles of Amphorae-vinified cuvée “Argilité” were released. And their seductive “Vigne d’or” is pure Pinot Meunier from a single parcel planted in 1947 in very chalky soils. Pepe Raventós, 21st generation vigneron, was so convinced of Clos del Serral quality and specificity that he began making “Mas del Serral” — a single-vineyard sparkling named after the site. It’s a 4.74 acre vineyard in the heart of Cru Conca del Riu Anoia with Xarel-lo and Bastard Negre planted in 1954. A mono-cru at the creation! The latest release was aged 100 months on the lees and rendered in magnum. 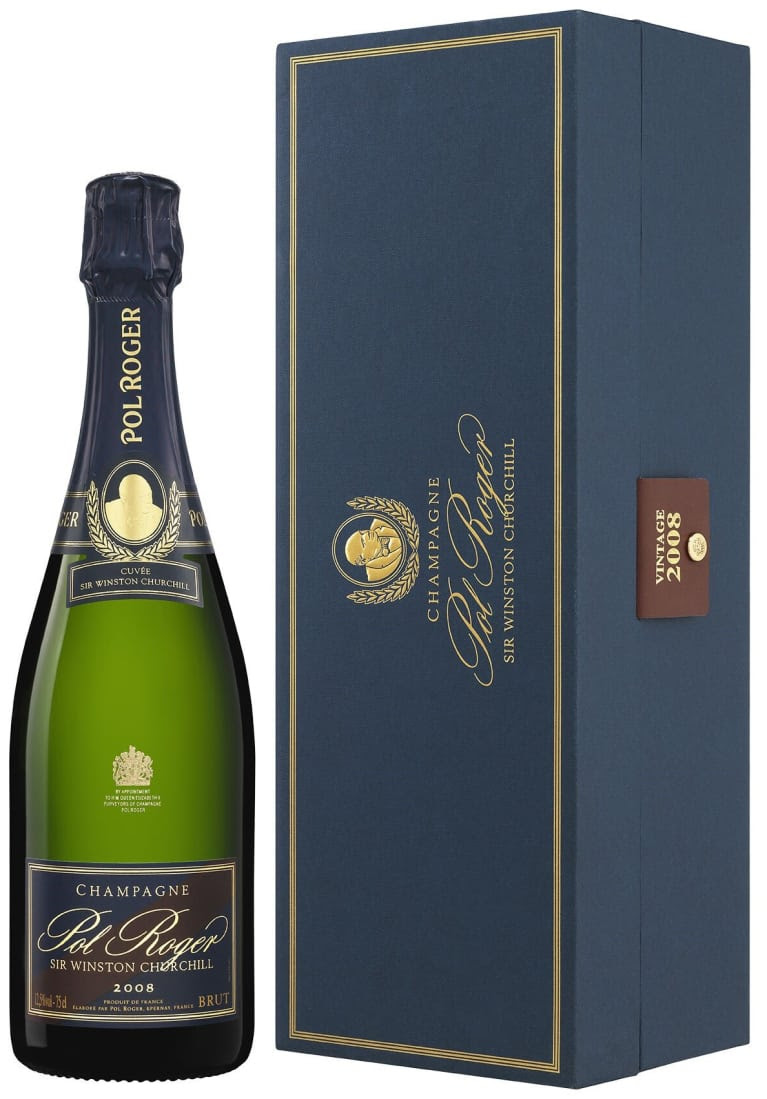 And then there is the Grand Vin Signature Champagne. Some of the world’s top drops right here. Champagne Billecart-Salmon‘s “Blanc de Blancs 2004” is an old vines Grand Cru, mainly from Avize and Le Masnil. “Cuvée Nicolas-François” was created in 1964 as tribute to the founder. A small house with 52 acres of vines, Champagne Joseph Perrier’s rare “Joséphine” 2008 vintage combines superb flavor and refinement. The iconic Champagne Pol Roger‘s “Cuvée Sir Winston Churchill” (2006 and 2009) Grand Cru is made from Pinot Noir vines planted during the time of Churchill. Champagne Bollinger with their “Grande Année” 2012 and Rosé 2005 are usually a blend of 70% Pinot Noir and 30% Chardonnay, both are barrel-fermented.