It has been almost exactly one year since we brought in the very first vintage (2016) of L’Hêtre. Given the quality, the price, and the fact that we weren’t able to get much, the wines sold out rather quickly. We are pleased to offer the recently released 2017 vintage at the exact same prices as last time. Everyday Bordeaux doesn’t get much better than this.

Indeed, one of the simplest ways to find these types of value wines is to mine the lower-priced bottlings from producers that have a solid 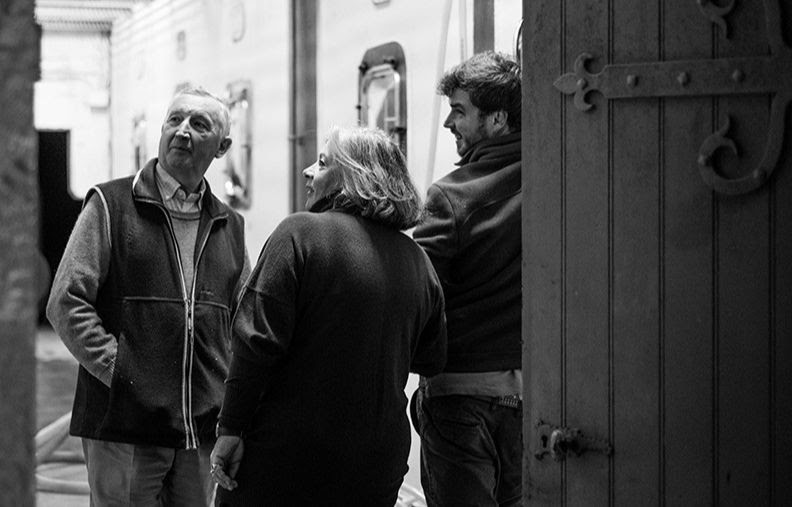 reputation for making some of the world’s greatest wines. Jacques Thienpont‘s tiny Pomerol estate of Le Pin produces one of the most sought after wines today. It is in such high demand that even current vintages can fetch upwards of $5,000 per bottle. While Jacques Thienpont’s newly acquired Castillon property is no Le Pin, you can expect that he is just as dedicated to elaborating the best possible wine the terroir is capable of producing.

The 25 acre estate is situated at about 300 feet in elevation at the end of the Saint Philippe d’Aiguilhe plateau that runs eastwards from Saint-Émilion and is the highest point in the region. Given his affection for trees – Jacques’ other wineries are Le Pin (pine) and L’If (yew) – the Château Goubau was renamed L’Hêtre (beech tree) and immediately converted to organic cultivation. Jacques’ nephew,

Maxime Thienpont, was tapped to manage the estate. The vineyards enjoy good southeasterly exposure and a continuous gentle breeze. The soil types are mixed, with the parcels on the plateau being limestone, while the slopes are a mixture of clay, limestone, and chalk.

L’Hêtre 2017 is a blend of 90% Merlot and 10% Cabernet Franc. Vinification is done in oak and concrete vats with temperature control and the wine is aged for around 15 months in oak barrels (50% new, 50% one-year). The wine comes from the parcels situated on the limestone plateau of the domain, from 40-year-old vines which are farmed organically and certified by Ecocert. The result is a wine that is fresh and ripe, expressing lovely blackcurrant fruit and smoky spice. A sip is both rich and firm. It’s a downright steal at half of one percent the cost of Le Pin.

The Second Wine of L’Hêtre

La Raison d’Hêtre is 100% Merlot produced from vines around 20 years of age on the lower slopes of the plateau. Vinification takes place in temperature controlled concrete vats and the wine is aged for about 15 months in oak barrels (50% one-year, 50% two-year). Raison d’Hêtre is lighter in body, as you would expect of a second wine. The fruit leans a little more red and bright, suggesting this wine might be a perfect partner to pizza and general merrymaking — its raison d’être, if you will.