Do a little digging into the work of Alain Pascal of Domaine du Gros ‘Noré and the first thing the wine pundits want you to know is how much of an outsized character he is. While it is true that Alain — a burly former amateur boxer and enthusiastic hunter — is quite the personality, it is mainly his exceptional wines that speak of sunny Provence, and the rolling hillsides around La Cadière-d’Azur, that define him. 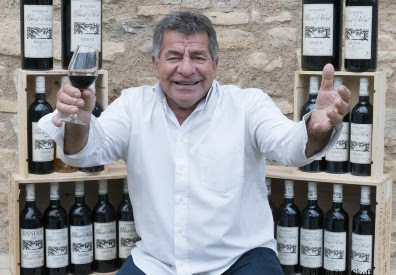 Born in a small house set among the vineyards of Bandol, Alain always knew he wanted to be a farmer. At first, Alain sold most of his precious fruit to Domaine Ott and Château de Pibarnon, only producing wine for his family to consume. After the death of his father, Honoré, he decided to make his own wine and built a cellar dedicated to him, whose nickname was Gros Noré, due to his ample build. He bottled his first estate wines in 1997.

From the very beginning, Alain produced his wines with minimal intervention — bottled without filtering and fermented with indigenous yeasts. Initially he made a name for the estate by producing ripe and full-bodied wines. Over the years he has strived to push his wines toward more freshness and complexity. To accomplish this, harvesting is being completed slightly earlier while whole-cluster fermentations and less extraction are employed allowing Alain to produce wines that are both balanced and robust.

Today the estate is a total of 42 acres and Alain is helped by his brother Guy and nephew Jordan. Cultivation is essentially organic, as no chemicals are used on the vines. Most parcels are located on slopes that receive the optimal sunshine that the Mourvèdre grape loves, with a moderating Mistral wind. Although production totals only about 6,000 cases annually (mostly red), Domaine du Gros ‘Noré is considered one of the top estates in the Grand Cru of Provence.

We are offering multiple vintages of two different cuvées.
Special prices based on purchase of 6-pack (mix-and-match) 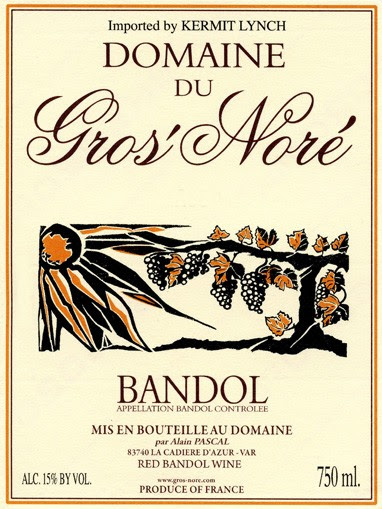 Bandol appellation law demands that each blend includes at least 50% Mourvèdre. To provide more power and concentration Alain uses 80% (mostly whole-cluster) in this, his flagship cuvée. The rest of the blend is 15% Grenache and 5% Cinsault. The wine is fermented in stainless steel vats and then aged for 18 months in large oak foudres. The 2016 vintage has a lovely, elegant nose of jellied black cherry fruit and mediterranean herbs. It’s bold yet supple on the palate with concentrated fruit, clean earth, stone, and refined tannins. With a few years of maturity, the 2011 vintage shows similar characteristics, but has softened and integrated a bit more. 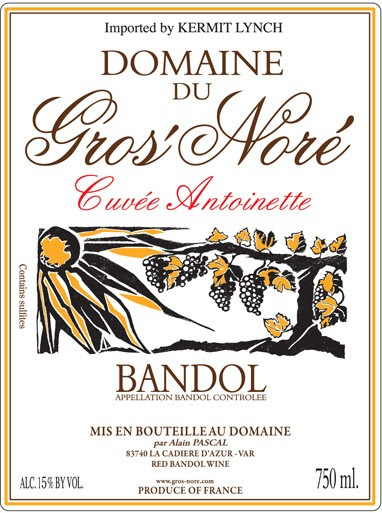 The cuvée “Antoinette” comes from Alain’s highest parcel that he planted while he was a very young man. Since 2008, he has used this fruit from 40+ year old vines on 2.5 acres for this cuvée, named for his mother, Antoinette. The blend is 95% Mourvèdre and 5% Grenache, providing loads of power to pair with plenty of finesse. A taste of the 2013 vintage reveals all of the regular cuvée’s attributes even more intensely. Add to this some red meat, eucalyptus, and smoldering earth for a special cuvée, indeed. While both vintages of “Antoinette” are approachable now, they likely have another 10-15 years of development ahead of them.