Franck Follin-Arbelet is a “terroirist.” He aims to allow specificity of place be evident in the wines from his vineyards of the Côte de Beaune. Eric Pfanner said it well in his Burgundy terroir piece for the New York Times that features Franck’s work: “In an era of industrial farming and standardized consumer products, this fragmentation (of Burgundy’s vineyards) may seem anachronistic, a doll’s house version of a winemaking landscape. But for those who value diversity and authenticity in what they drink, Burgundy is a microcosm of an ideal wine world.” 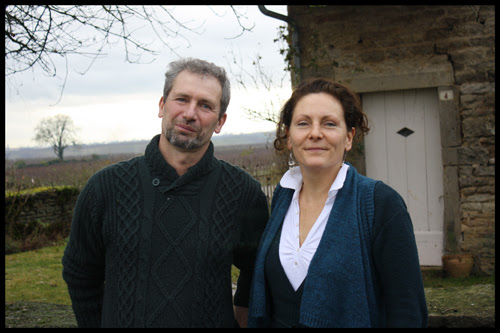 Raised in Burgundy’s famous Côte d’Or, Franck began his journey with a focus on Geology. But it was in the early 90s that he was able to put his knowledge of the earth into practice by making wine with his father-in-law, André Masson, eventually taking over direction of the domaine in 1993. Franck farms sustainably without synthetic fertilizers or weed killers, working the soils regularly to aerate and keep them healthy. The domaine’s 18th Century homestead is archetypal Burgundian architecture with the winery on the ground floor beneath the first and second floor housing and above an unusually deep cellar beneficial for the development of the wines.

The Bressandes “climat” of the Corton Grand Cru creates the richest, most concentrated of all Corton. At best, it is the supreme Corton, expressive and long-lived. Franck’s Corton Bressandes comes from a parcel of just over one acre of vines planted between 1955 and 1960. Vinification is in the old-school style, fermenting slowly in open-top wooden vats and using only indigenous yeasts. The wines are aged in barrels and then bottled in all of their unadulterated glory, unfined and unfiltered.