The northwestern Spanish wine production zone of Ribeiro is undergoing a renaissance. One of the vanguard producers of this movement is the Bodega of Coto de Gomariz located in the Avia valley near the Atlantic coast where a unique microclimate created by the Avia river causes summers to be hotter than usual and winters to be mild and humid. 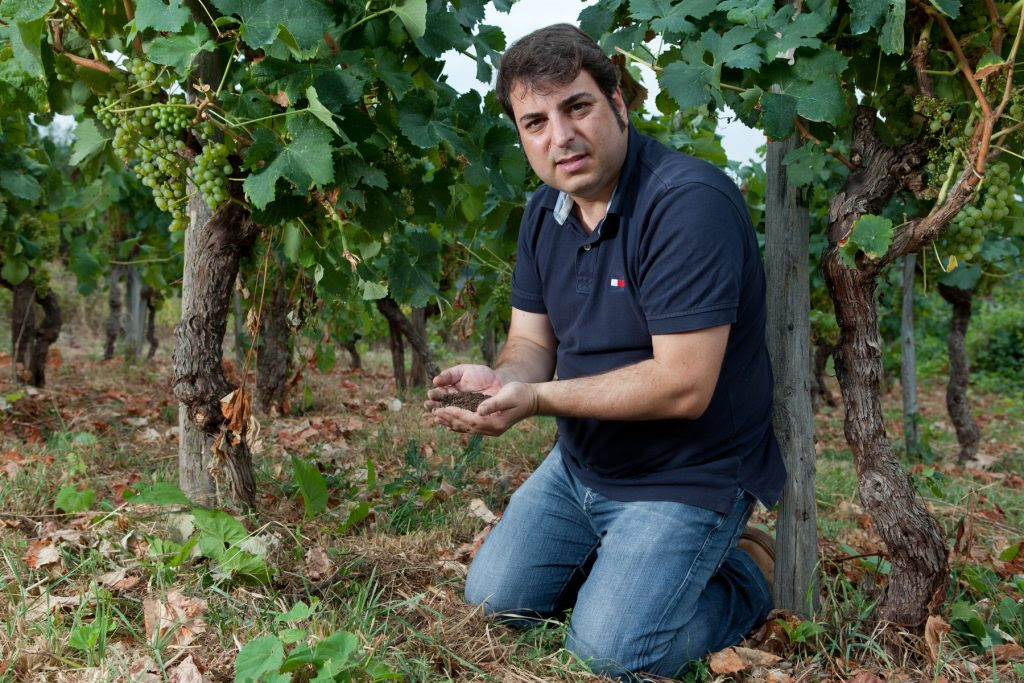 Coto de Gomariz was created in 1978 by the Carreiro family. They began the area’s resurgence by recovering a vineyard that Cistercian monks had established in the 10th century. Today, they own close to 70 acres of vineyards. Coto de Gomariz winemaker Xosé Lois Sebio is one of the most admired and exciting names in Ribeiro. He employs both organic and biodynamic viticulture practices in the vineyards and all wines are fermented with indigenous yeasts.

Shisteous, granitic and sandy soils, steep slopes, tiny yields, a unique microclimate, and the farming of the native red and white grapes of the region has allowed Coto de Gomariz to produce some of the most distinctive and expressive wines in Ribeiro.

The titular white of Coto de Gomariz is composed mainly of Treixadura, with the rest a blend of Godello, Albariño and Loureira grown on granite, schist and clay near the village of Gomariz at an altitude of 450 to 900 feet above sea level. The wine is fermented in stainless steel vats and kept until the following spring when it is bottled according to the Biodynamic calendar. A glassful exudes heady aromas of honey-dipped quince, dusty pastoral lanes, and wildflower meadows in bloom. On the palate the wine is crisp but not thin, with a touch of crabapple and a streaky stone finish. This will be a patio favorite. 4,200 cases are produced annually.

Abadía de Gomariz is a blend of local red grapes that consists of 50% Sousón complemented with Brancellao, Ferrol and Mencía from the village of Gomariz where soils are granitic with schist and clay. Though fermented in stainless steel, the wine is aged for one year in 300-liter used oak barrels, mostly of French origin, to tame some of the hairy tannins that Sousón can exhibit. With a few years of age, the wine is presently drinking at its peak. A sip is juicy little forest berries with a long and winding cherry pit finish. On the nose, the berry fruit is sweeter with hints of licorice and cream. Give the wine a very slight chill, fire up the grill, and break out the lamb shoulder steaks. Only 2,080 cases produced.