Please join us on Thursday, November 17, at 6:30p for a Jurassic Wine Dinner featuring the wines of Domaine Labet. Price is $75/seat.

The Jura is a bucolic region near the eastern border of France. It is the first steps to the Alps and named after the Jurassic period and the warms seas that left their geologic mark there as limestone. We’ll be offering three separate courses plus a welcoming reception. Although Jura is most well known for its oxidative Vin Jaune, we’ll be highlighting the regions other gems. Six different wines will be poured, including Crémant du Jura for the reception, the rare fortified Le Macvin du Jura with a cheese course, and two each of Domaine Labet’s red and white wines with the main courses. 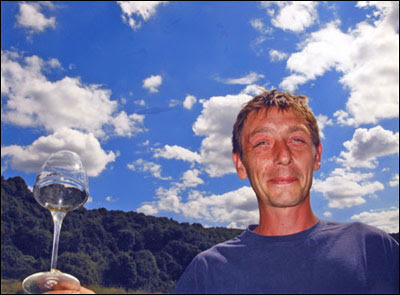 Domaine Labet is a name to follow in the Jura. The family’s 29 acres of vineyards are in the small town of Rotalier in eastern France. Winemaker Julien Labet studied at Domaine Ramonet in Chassagne-Montrachet among others, and since taking over winemaking responsibilities has added production of non-oxidative, ouillé wines in search of the expression of Jura terroir. These bracing, crystalline wines are benchmarks in the region.

Importer Charles Neal will be on hand to discuss the wines in detail. Based in San Francisco, Charles is a leading authority on French wine as well as brandy, having written books on both Armagnac and Calvados. Charles’ philosophy is simple: find high quality wines from small growers that display the grape variety from which they come and the terroir upon which they are grown.

Seating is very limited. Please call us at 248-398-0030 or email elie@eliewine.comfor further details and to reserve your seat. Reception begins at 6:30 and dinner at 7. La Dulce is located at 115 S. Main St., Royal Oak.