We have a tiny amount of Clos Canarelli’s rare bottlings made from field blends of native Corsican grape varieties. Read more about this special vineyard garden here. Because these old vines have such a tiny yield, the concentration and complexity of the wines are truly extraordinary. 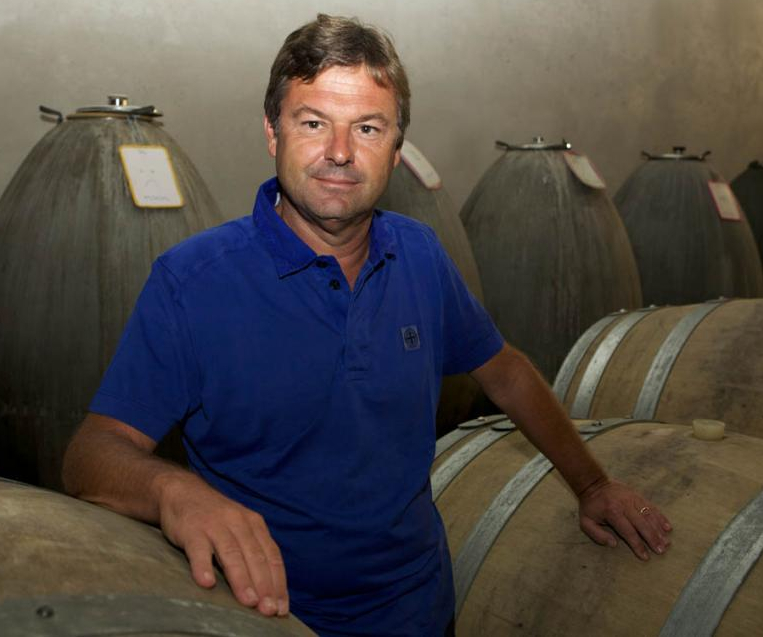 Yves Canarelli’s vines are located in the granite and red alluvial soil near the tiny, remote village of Tarabucetta, on the southern tip of Corsica in the appellation of Corse Figari. The ever-constant wind from the Gulf of Figari makes for challenging growing conditions, perhaps explaining why Yves Canarelli is one of only a handful of plucky producers there. Indeed, those ferocious winds help to keep the vines free from excess moisture and pests. Yves utilizes both organic and biodynamic viticulture. In the cellar, he prefers deliberate fermentations using indigenous yeasts. These wines not only advertise Corse Figari’s terroir, they exhibit the intrigue of world-class wine.

Yves Canarelli’s nickname is “Le Roi du Vermentinu.”  70% Vermentinu, 30% field blend of Genovese, Carcaghjolu Biancu, Paga Debiti, and Barbarossa from just a little over half an acre of 140 year old pre-phylloxera vines in sandy, granite soils. The wine is fermented in tank then aged 24 months on lees in barrel.

A field Blend of Sciaccarellu, Minustellu, and Cinsault from just a little over half an acre of 140 year old pre-phylloxera vines in sandy, granite soils. The wine is Fermented and vinified in large foudres for 14 to 18 months.